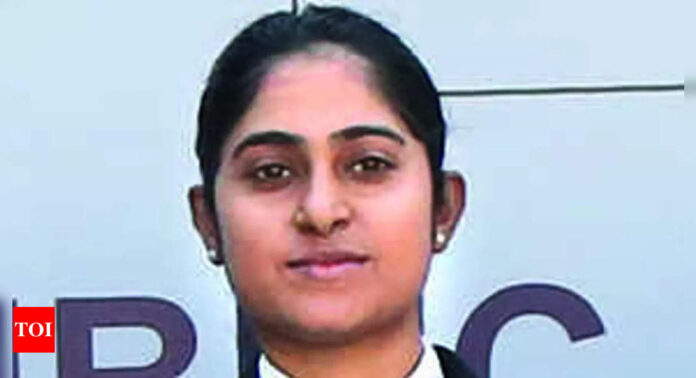 NEW DELHI: As a young NCC cadet in 2008, Disha Amrith harboured a dream to take part in the annual Republic Day Parade on the majestic Rajpath. Next week, on January 26, she will finally accomplish it, and that too by leading the naval marching contingent down the renamed Kartavya Path as a Lieutenant Commander.
Lt Cdr Amrith (29), a naval air operations officer posted in the tri-service Andaman Nicobar Command, will lead the 144-member contingent of young sailors, which will also include three women and five men undergoing training as ‘Agniveers’, while another woman officer Sub-Lt Valli Meena S will be one of three platoon commanders.
The naval tableau also has ‘Nari Shakti’ as its central theme, while showcasing the Navy’s multi-dimensional capabilities as well as highlighting ‘Make in India’ platforms like the Scorpene or Kalvari submarines and Nilgiri class of frigates.
There are around 30 women officers deployed on front-line warships, with the Navy inducting them as aircraft and helicopter pilots and air operations officers. But Lt Cdr Amrith is clear she wants to be known as “an officer” rather than as “a woman officer”. “I am on a par with my male counterparts. I have proved that,” she said, adding that it was “an amazing lifetime opportunity” for her to lead the naval marching contingent.
A Bachelor of Engineering in Computer Science from BMS College of Engineering in Karnataka, Lt Cdr Amrith said, “Since 2008, I have nurtured this dream of being part of the R-Day contingent of the armed forces. My father also wanted to join the armed forces but he could not. I am proud to be part of the Navy and will continue to serve with full zeal and dedication”.