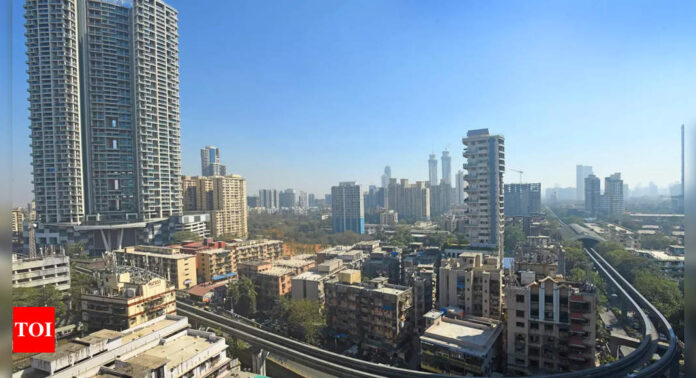 NEW DELHI: India’s richest state Maharashtra is also the country’s best performer across financial and social indicators, according to state rankings released by credit rating company.
The rankings, released by CareEdge — research arm of Care Ratings — showed that Prime Minister Narendra Modi’s home state Gujarat is at the second spot, with robust economic growth and fiscal management.
Meanwhile, India’s most industrialized state Tamil Nadu was ranked third with an edge in social and governance categories.
Maharashtra had a composite score of 55.7 followed by Gujarat (51.8), Tamil Nadu (51.1), Telangana (50.9) and Karnataka (50.4).

Among the large state, Bihar and Jharkhand were ranked at the bottom with scores of 21.9 and 30.1 respectively.
“The top five spots are occupied by the western and southern states. While higher fiscal and economic scores were the strong points for the western states, the southern states outperformed in the social and environment categories,” the report said.
In Group B (Northeast, hilly & small states), Goa topped the overall ranking and was a front-runner in social, infrastructure, financial inclusion and fiscal categories.
Among the northeastern states, Sikkim was the best performer due to better score in economic, social, infrastructure and environment categories.
When it came to economic indicators, Gujarat topped the ranking with healthy data on per capita GSDP, GSDP growth, FDI flows and high share of industry and services in GSVA.
Notably, Odisha topped the rankings in the fiscal category due to better score on revenue and fiscal deficit and healthy debt management indicators (CSF & GRF).

Meanwhile, Maharashtra topped in financial inclusion with best performance in credit/GSDP ratio, NBFC sanctions and health insurance penetration. It also fared relatively well in mutual fund penetration.
Punjab and Haryana topped in the infrastructure ranking, mainly due to high power availability, railway density and greater irrigated area. However, both lagged in terms of social infrastructure (hospital beds & schools), the report said.
On governance, Andhra Pradesh and Telangana were at the top due to high Ease of Doing Business (EoDB) rank and better scores in the court conviction rate, it said.
The states must improve their physical infrastructure, but the “bigger concern” would be to develop social infrastructure such as health and education, said Rajani Sinha, chief economist at CareEdge.
“India is lacking in those areas and all the states should improve their focus there,” Sinha added.