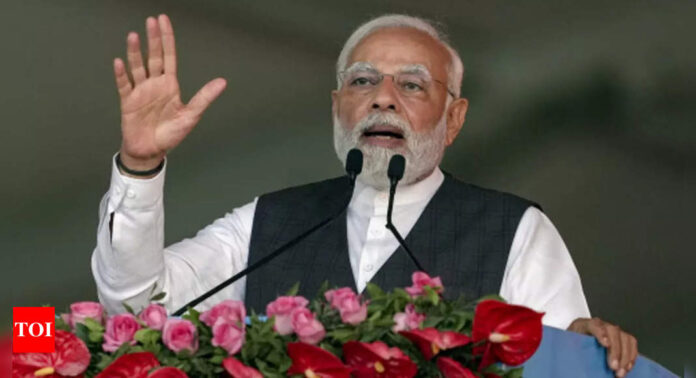 NEW DELHI: A group of over 300 eminent Indians, including ex-judges, retired bureaucrats and military veterans, on Saturday slammed a BBC documentary on PM Modi for its “unrelenting prejudice” towards India.
In a signed statement, they criticised the BBC series, which they claimed is based on “deluded and slanted reporting” and presumes to call into question the entire foundation of India’s existence as an independent, democratic country.
The documentary claims it probed certain aspects relating to the 2002 Gujarat riots when Modi was Gujarat CM. The I&B ministry has issued directions for blocking multiple YouTube videos and Twitter posts sharing links to the series.
“Yet again, the staple, dyed-in-the-wool negativity and unrelenting prejudice of the BBC toward India has resurfaced as a documentary…,” said the letter, signed by 13 ex-judges, 133 ex-bureaucrats, including diplomats, and 156 military veterans. Prominent among the signatories include ex-chief justice of Rajasthan HC Anil Deo Singh, ex-home secretary LS Goyal, former RAW chief Sanjeev Tripathi, former NIA chief Yogesh Chander Modi and ex-UP DGP OP Singh.
They said the film is “a visibly motivated chargesheet against our leader, a fellow Indian and a patriot”.
“We can’t allow just about anyone to run amok with their deliberate bias, their vacuous reasoning hiding behind phrases like ‘it was widely reported’ or that ‘there were pretty credible reports’,” the statement said.
It pointed out that the glaring factual errors apart, the documentary reeks of motivated distortion that is as “mind-numbingly unsubstantiated as it is nefarious”.
“This is demonstrated by its completely sidelining the core fact: that the apex judicial institution of India, the Supreme Court, has unambiguously ruled out any role of Modi in the Gujarat violence of 2002, while rejecting allegations of complicity and inaction by the then Gujarat government,” it said.