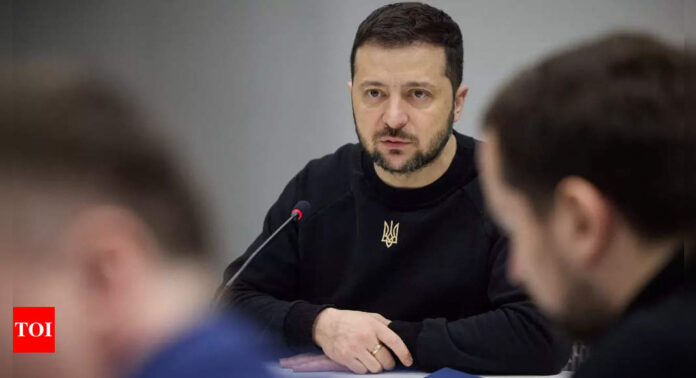 KYIV: Ukrainian President Volodymyr Zelenskyy said Wednesday’s helicopter crash in a town outside Kyiv was a “terrible tragedy” that caused “unspeakable” pain.
He confirmed at least 15 people had been killed, including three children and the country’s interior minister, when the helicopter crashed on the territory of a kindergarten in the town of Brovary, causing a fire to break out at the site.
Local officials had earlier put the death toll at 18. Zelenskyy said the exact number of victims was being established.
“I have instructed the Security Service of Ukraine, in cooperation with the National Police of Ukraine and other authorised bodies, to find out all the circumstances of what happened,” he said on the Telegram messaging app.
“As of this minute, 3 children died. The pain is unspeakable,” he wrote, offering his condolences to the victims’ friends and families.