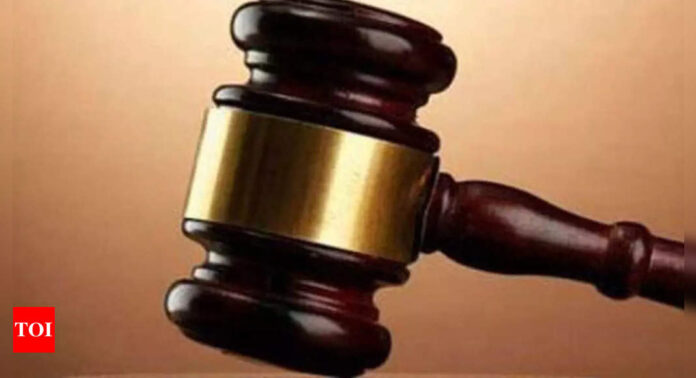 THANE: Two men have been sentenced to 10 years of imprisonment in a case of robbery by a special court in Maharashtra‘s Thane.
The court of special judge Amit M Shete on December 27 convicted the accused of charges under relevant provisions of the Maharashtra Control of Organised Crime Act (MCOCA) and Indian Penal Code.
The court sentenced the duo to 10 years of imprisonment and imposed a fine of Rs 10.15 lakh each on them.
The accused, who were employed as driver and cleaner, were residents of Airoli in Navi Mumbai, while the third accused in the case is still at large.
The prosecution informed the court that on the night of July 20, 2012, the victim was waiting for his friends at Airoli railway station when the accused armed with a sickle robbed him of his belongings.
The accused were booked under the IPC and MCOCA, as they had committed similar crimes earlier and were also part of the crime syndicate, the prosecution said.
(With PTI inputs)