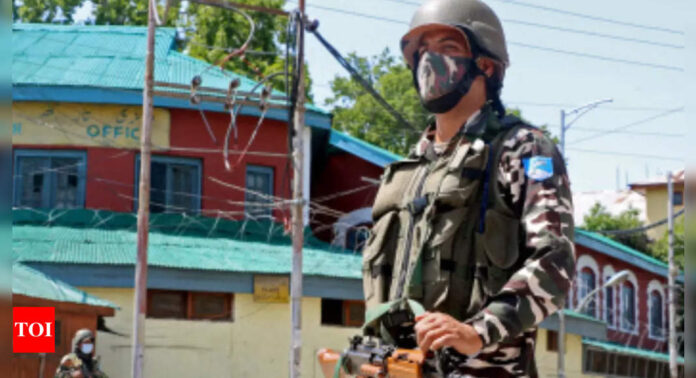 JAMMU: Two heavily-armed terrorists were killed as Army troops foiled an infiltration attempt along the Line of Control (LoC) in Poonch district of Jammu and Kashmir, a defence spokesman said on Sunday.
The infiltration bid was scuttled in Balakot sector on Saturday evening and a massive search operation is still underway, the spokesman said.
“At around 7.45 pm (Saturday), alert troops of the Indian Army deployed on the border fence in Balakot, observed suspicious movement ahead of the border fence and subsequently neutralised two terrorists. The area has been cordoned off and the operation is in progress,” the spokesman said.
Officials said a huge quantity of arms and ammunition, including two AK assault rifles and a powerful Improvised Explosive Device (IED), were recovered from the possession of the slain ultras whose identity and group affiliation is awaited.
The successful operation in Balakot sector comes barely a week after terrorists attacked Dhangri village in adjoining Rajouri district and killed seven civilians and injured 14 others.
The officials said troops picked up suspicious movement in Balakot sector late Saturday evening and opened fire.
A search operation was launched with the first light of the day on Sunday and the bodies of two terrorists were recovered along with war-like stores, they said.