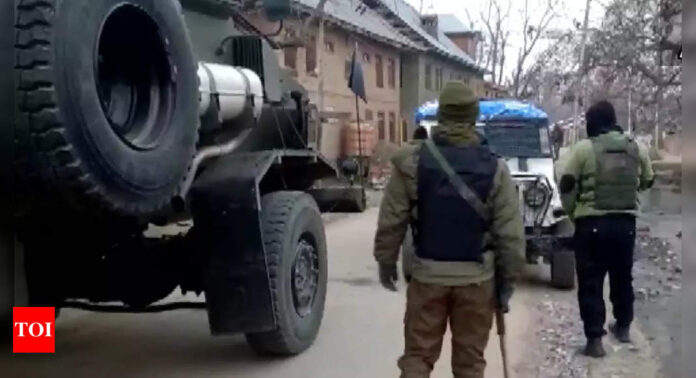 SRINAGAR: An unidentified terrorist was killed in an encounter with security forces in Budgam district of Jammu and Kashmir on Tuesday, officials said here.
An Army official said soldiers set up a mobile vehicle check point at Budgam following information about movement of terrorists in the area.
“A cab was signalled to stop for check but the terrorists inside opened fire on the security forces, which was retaliated,” the official said.
He said one terrorist was killed, while the operation was still in progress.
Eyewitnesses said two bodies can be seen on the ground. However, police refused to comment, saying a statement will be made after the operation is over.