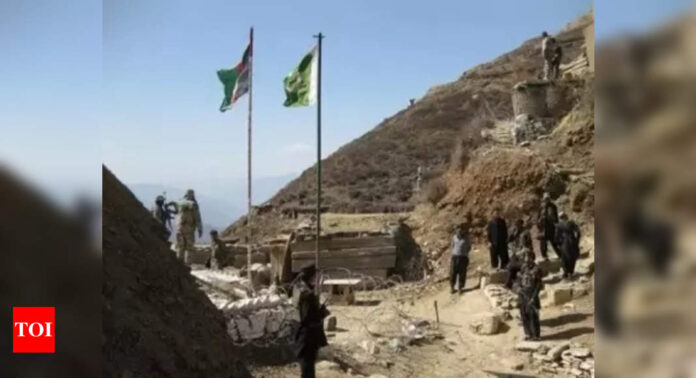 PESHAWAR: The chief of the banned Tehreek-e-Taliban Pakistan (TTP) has said that his group is “still open” to a ceasefire agreement with the Pakistan government, according to media reports.
In November last year, the TTP called off an indefinite ceasefire agreed with the government in June 2022 and ordered its militants to carry out attacks on the security forces.
The TTP, which is believed to have close links to al-Qaida, has threatened to target top leaders of Prime Minister Shehbaz Sharif‘s PML-N and Foreign Minister Bilawal Bhutto-Zardari‘s PPP if the ruling coalition continued to implement strict measures against the militants.
However, the dreaded outfit insisted that it has not scrapped the ceasefire agreement with the government.
“We held talks with Pakistan mediated by Islamic Emirates of Afghanistan. We are still open to the ceasefire agreement,” the Dawn newspaper quoted TTP chief Mufti Noor Wali Mehsood as saying in a video on Saturday.
Mehsood’s change in stance comes amid reports that he has sought guidance from religious scholars in Pakistan.
In the video message, Mehsood said his outfit is “open to guidance” from Pakistan’s religious scholars if they believe “the direction of our jihad” is wrong, according to the Express Tribune newspaper.
“If you find any problem in the jihad that we waged [against this global infidel agenda], if you believe we have changed our direction, that we have gone astray, then you’re requested to guide us. We’re always ready to listen to your arguments happily,” the TTP chief said.
Mehsood’s comments come amid a sharp uptick in violence across Pakistan.
On Saturday, Pakistan police arrested five TTP terrorists during intelligence-based operations in the country’s Punjab province.
Over 5,000 tribesmen took out a rally on Friday in Wana, the headquarters of the South Waziristan tribal district, against the growing unrest, terrorism, and kidnappings in their areas.
The protest comes amidst rising terrorist attacks in the country, especially in Khyber Pakhtunkhwa and Balochistan provinces that are believed to have been carried out by TTP militants.
The TTP, also known as the Pakistan Taliban, was set up as an umbrella group of several militant outfits in 2007.
Its main aim is to impose its strict brand of Islam across Pakistan.
Pakistan had hoped that the Afghan Taliban after coming to power would stop the use of their soil against Pakistan by expelling the TTP operatives but they have apparently refused to do so at the cost of straining ties with Islamabad.
The TTP has been blamed for several deadly attacks across Pakistan, including an attack on army headquarters in 2009, assaults on military bases and the 2008 bombing of the Marriott Hotel in Islamabad.
In 2012, Nobel laureate Malala Yousafzai was attacked by TTP.
In 2014, the Pakistani Taliban stormed the Army Public School in the northwestern city of Peshawar, killing at least 150 people, including 131 students.
The attack sent shockwaves across the world, and was widely condemned.