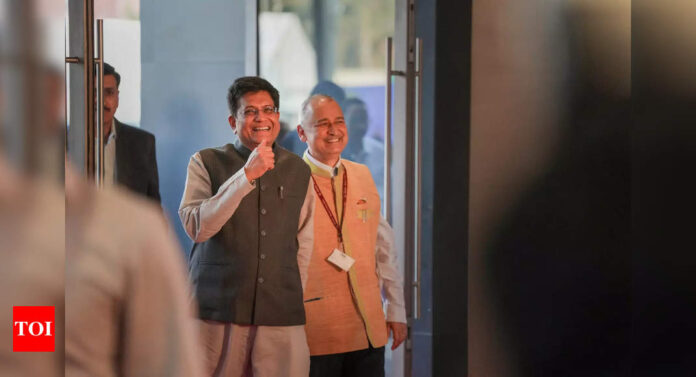 NEW DELHI: Rashtriya Swayamsevak Sangh (RSS)-affiliated trade union, Bharatiya Mazdoor Sangh (BMS) has demanded from the government to start production in the closed NTC mills immediately and provide work to all workers who are being paid 50% salary since the Covid-induced first lockdown started in March 2020.
In a memorandum to Union textile minister Piyush Goyal, BMS has requested the government to divide the existing 23 mills into “viable and non-viable categories” and start production in the modernised and viable mills immediately, according to BMS secretary Ravindra Himte. “The BMS strongly feels that the perception of the government has to change to restart and revive the NTC mills,” the memorandum said.
Production in all 23 NTC mills was suspended from March 25, 2020, under instructions of the government, as a part of Covid-19 norms. But even as the rest of the economic and other activities have opened up since long, the closed mills have not started the production and have been paying only 50% of the wages to workmen while 100% to administrative and technical staff, the BMS letter to the minister mentioned.
“Even the 50% salary to workers is not being paid for the last three months. Now, the government is trying to privatise all NTC mills thinking this textile PSU is a ‘white Elephant’ and the BMS strongly feels that the Government of India’s perception with regard to NTC Limited has to change,” the BMS secretary said.
The BMS has demanded that the textile ministry “pay the pending three months’ salaries immediately”, the remaining 50% salary with arrears of EPF contribution for the above period and gratuity on the revised salaries, according to Himte’s press statement on Thursday.
The BMS asked Goyal to consider the different advantages that the NTC has and suggested a phase-wise action plan. “The BMS demand includes restarting production in 10 to 11 mills which are viable in first phase, making use of huge land bank to generate additional finances, adopting relocate and revive policy, adopt a new strategy of industry-based production and mill production-based supply, explore support from Cotton Corporation of India, preferential treatment to NTC as a supplier, start solar and wind energy plants to reduce power costs, reshuffle entire administration and make top management accountable,” the memorandum to the minister, before the annual budget, said.