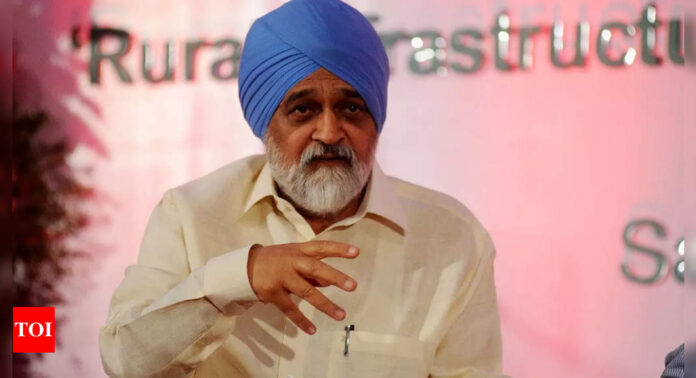 NEW DELHI: The move by some states to revert to the Old Pension Scheme is a recipe for financial bankruptcy, former Planning Commission chief and veteran policymaker Montek Singh Ahluwalia has said.
“I certainly share the view that this move is absurd. It’s a recipe just for financial bankruptcy. The big advantage of those who push the move is that bankruptcy will come 10 years later. Economists have nothing to say, the system must prevent political parties or those in power not to take steps that will inevitably lead to a financial disaster,” Ahluwalia, who has been part of the 1991 reforms dream, said at a panel discussion when asked about the impact of the move by some states to go back to the Old Pension Scheme.

Several state governments such as Punjab, Rajasthan, Chhattisgarh, Jharkhand and Himachal Pradesh have decided to revert to the Old Pension Scheme that assures a defined pension which is 50% of the last drawn salary. Since 2004, employees at the Centre have moved to the National Pension System which is a contributory plan. Experts have said such a move will impose a huge fiscal burden on states already grappling with weak public finances and deal a blow to reforms in the pension system. The government has also said there is no proposal to restore the Old Pension Scheme. Ahluwalia, a close aide of former PM Manmohan Singh, said there is a need to explain the fiscal costs of reverting to the old scheme and the political system needs to focus on that narrative.
“We need some efforts to explain to the public at large what the cost of this will be?” Ahluwalia said.

The veteran policymaker, who has held several important portfolios during his long career, said the story of reforms has got to make sense at the state level. “Many reforms don’t require the Centre to do anything like decriminalisation of all kinds of compliance requirements in state laws,” said Ahluwalia and cited several examples where states have to act on reforms and the Centre has a limited role. He backed the idea of deepening the constituency for reforms at the state level.