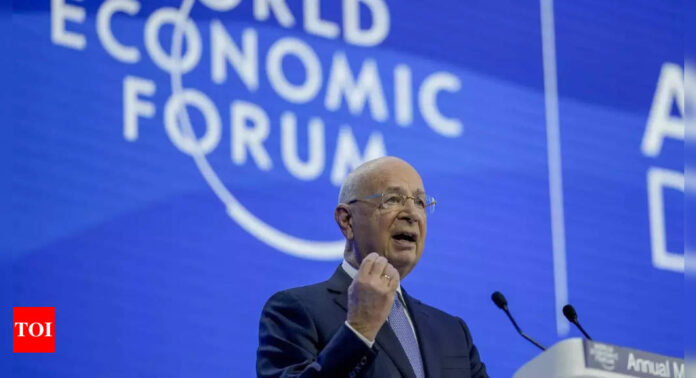 India assumes the G20 presidency at a crucial time and Prime Minister Narendra Modi’s leadership is critical in this fractured world, the founder of the World Economic Forum said on Friday said as he lauded the country’s action on renewables.
“I commend the country’s decisive action on the climate case for renewables, its contribution to the global healthcare ecosystem, the focus on an economic model for women-led development, and its leadership on digital public infrastructure,” said Klaus Schwab, founder and executive chairman, World Economic Forum.
“India remains a bright spot amid global geoeconomics and geopolitical crises,” said Schwab, after meeting the ministerial delegation from India at Davos.
He said the World Economic Forum (WEF) shares a 38-year history with India and looks forward to continued partnership with the country during its G20 presidency under the leadership of PM Modi.
Several multilateral agencies, economists and investment banks have lauded India’s growth amid the looming clouds of a recession in the developed world. India’s economy is forecast to grow at 7% in the current fiscal year which ends in March. Several agencies have forecast a recession in the developed world.
“India is promoting a just and equitable growth for all in the world during its G20 presidency,” said Schwab as the gathering of global leaders at the Davos summit helps set the scene for India’s G20 presidency..
The WEF, committed to “improving the state of the world”, is the international organisation for public-private cooperation. The forum engages foremost political, business and other leaders of society to shape global, regional and industry agendas.