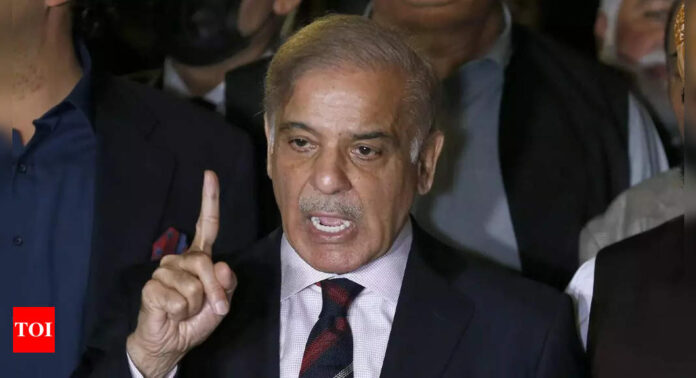 ISLAMABAD: Pakistan is likely to seek over USD 16 billion at a UN conference next week for the rehabilitation and reconstruction of the areas devastated by last year’s catastrophic floods which caused the country a loss of about USD 30 billion, officials said on Thursday.
The flood triggered by unprecedented monsoon rains killed at least 1,739 people while affecting over 33 million. At one time, one third of Pakistan territory was under water.
The “International Conference on Climate Resilient Pakistan” is being held in Geneva on January 9 and co-hosted by the Government of Pakistan and the United Nations to seek funding for the flood victims, according to Foreign Office spokeswoman Mumtaz Zahra Baloch.
She said that the Conference will be co-chaired by Prime Minister Shehbaz Sharif and UN Secretary General Antonio Guterres.
“The programme will feature a high-level opening segment, where leaders will make supportive statements,” she said at her weekly media briefing here.
Officials of the finance ministry said that Pakistan would seek about USD 16.3 billion at the conference to meet the first phase of rehabilitation and reconstruction.
In his remarks at the Conference, Prime Minister Sharif will outline Pakistan’s vision for rehabilitation and reconstruction in a climate resilient manner.
The Prime Minister and the UN Secretary General will also hold a joint press stakeout, she said.
According to the Post Disaster Needs Assessment (PDNA) done by Pakistan with the UN collaboration, the flood caused about USD 30 billions of losses.
Pakistan will also present the Resilient Recovery, Rehabilitation and Reconstruction Framework (4RF) – a strategic policy and prioritisation document that will guide the recovery, rehabilitation and reconstruction after the recent devastating floods in a climate-resilient manner.
Leaders and high-level representatives from several countries and International Financial Institutions, Foundations and Funds are expected to attend the Conference, both in person and virtual format.
The conference would be a demonstration of the international community’s continued support for the flood-affected people of Pakistan, the spokeswoman said.
The conference is taking place as the UN bodies warned that initial support provided was just enough until the middle of January.
Earlier, about a third of funds were provided by the world out of USD 816 million sought by the UN in its flash appeal for flood victims.
It is believed that raising billions of dollars for Pakistan won’t be easy but on the positive side there is support for Pakistan due to that fact the country is being seen as a victim of environmental change in which it had no role with just 1 percent emissions.
The UN chief last year visited flood-hit areas and was moved by the scale of the disaster. He has spoken in support of Pakistan getting global help to deal with the devastation.