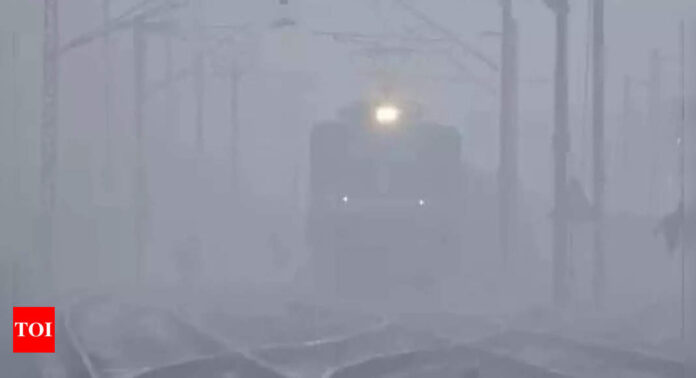 NEW DELHI: The railways on Sunday said foggy weather has affected the movement of over 480 trains.
“Around 335 trains have been delayed, 88 cancelled, 31 diverted and 33 short terminated due to foggy weather,” a railway official said.
A blinding layer of dense fog enveloped northwest India and the adjoining central and eastern parts of the country, affecting road, rail and air traffic movement.
Very dense fog lowered visibility to 50 metres at the Palam observatory near the Indira Gandhi International (IGI) airport at 5:30 am.
The Delhi International Airport Limited tweeted that flights, which are not CAT III compliant, may get affected.
Passengers have been advised to contact the airline concerned for updated flight information.
According to the weather office, very dense fog is when visibility is between 0 and 50 metres, between 51 and 200 metres is dense, between 201 and 500 metres moderate, and between 501 and 1,000 metres shallow.