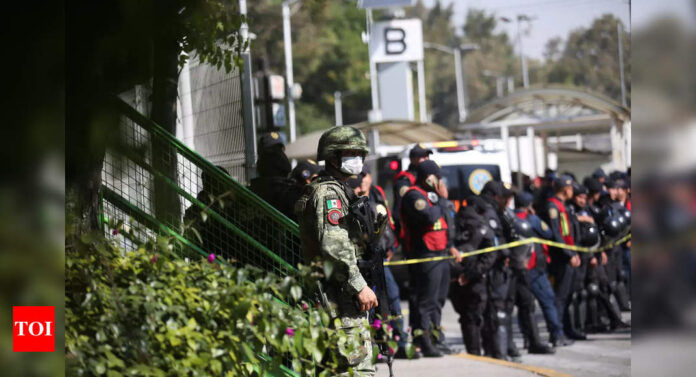 MEXICO CITY: At least one person was killed and 22 were injured in a train collision on Mexico City‘s metro early on Saturday, local authorities said.
The accident took place as trains were beginning service, the city’s mayor, Claudia Sheinbaum, said on Twitter.
The person killed was a young woman, while the 22 injured do not appear to be in serious condition, city security head Omar Garcia told local media Grupo Milenio.
Four others who were trapped on one wagon on Line 3 were rescued and are in good health, he added.
A variety of accidents have taken place on the metro in recent years. The most serious was the May 2021 collapse of a rail overpass on Line 12 that killed 26 people and injured more than 60.
Maintenance shortcomings were identified as one of that accident’s causes.