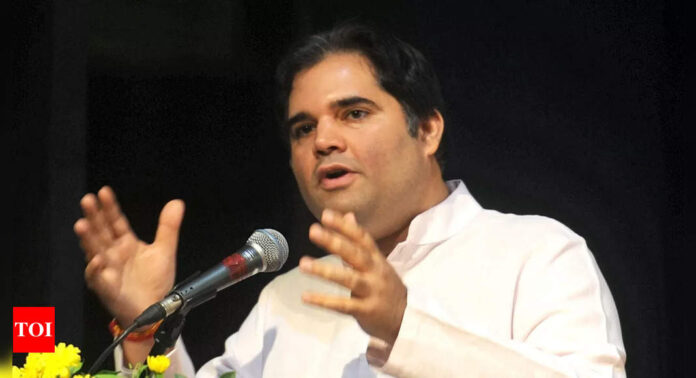 NEW DELHI: No patient has so far benefitted from a health ministry scheme which assures an assistance of Rs 50 lakh to people with rare diseases, BJP MP Varun Gandhi said on Saturday, warning that it endangers the lives of 432 patients, mainly children below six years of age.
Ten children have died waiting for treatment, he tweeted, urging Union Health Minister Mansukh Mandaviya to act immediately by clearing these payments.
In a letter to Mandaviya, Gandhi noted that the ‘National Policy for Rare Diseases, 2021′ was launched by the Ministry of Health and Family Welfare on March 30, 2021 to save the lives of patients suffering from rare diseases.
According to an amendment made to this in May, 2022, all groups of rare disease patients were assured a financial assistance of Rs 50 lakh for treatment, he said.
However, he said in the letter, even after several months of the announcement, not a single patient has been able to reap the benefits of this scheme, “threatening the survival of 432 patients, mainly children below six years of age”.
Most of these children suffer from Lysosomal Storage Disorders (LSD) such as gaucher, pompe, MPS I, MPS II and fabry disease, he said.
According to the Ministry of Health and Family Welfare crowdfunding platform, around 208 Lysosomal Storage Disorder patients can immediately be put on therapy since the Drugs Controller General of India-approved treatments for most of these diseases have been available in India for many yeas, Gandhi said.
Despite several reminders from the ministry, he said, the 10 Centers of Excellence (CoEs) constituted under the policy are yet to seek financial assistance for patients with rare diseases.
According to organisations committed to the cause of rare disease patients, more than half of the CoEs have not sent a single treatment request to the health ministry, he added.
“Over ten children have lost their lives while waiting for treatment. Therefore, I request that the treatment of these 208 children at the Centres of Excellence start immediately. I hope you will consider this matter seriously as any delay in this regard will result in the loss of lives of many more children,” he said.