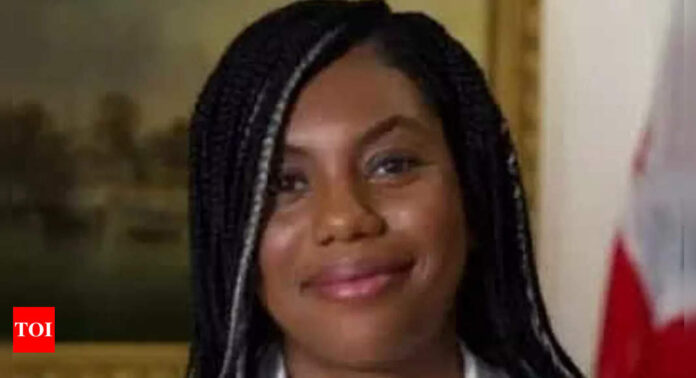 LONDN: UK international trade secretary Kemi Badenoch, who is at the helm of negotiating the UK-India free trade deal, says that the UK has no plan to “offer more student visas” nor specific visas for the under-35s to India as part of the UK-India free trade deal as Britain left the EU because it “does not believe in free movement”.
Badenoch, who was unsuccessful in her bid to become UK PM in the summer Tory party leadership contest, told the Times, a UK newspaper, that the issue of more student visas for India, which Delhi has pressed for in the past, is off the table. “We left the EU because we didn’t believe in free movement, we didn’t think it was working. This is not a deal that’s negotiating some kind of free movement with India,” she said.
She told the Times that she is prepared to “make concessions” on issues like business mobility, but will not give Indians the kind of trade deal the UK has with Australia, which allows an unlimited number of under-35s in Australia to live and work in the UK for three years and vice-versa. “We have to make sure that each trade agreement we sign is tailored to the specific country. The kind of mobility offer I can do to a country like Australia is not going to be the same kind of mobility offer I can do with a country like India, which has got many times the population. And what people from the UK want to do when they travel to Australia is probably slightly different from what they do when they travel to India, and vice-versa as well,” she said.
The UK recently signed an FTA with Australia which allows those aged 18 to 35 to live, travel and work in each other’s countries for up to three years, and the agreement also makes it easier for professionals to work in each other’s country.
Badenoch (43), born in London to Nigerian parents and popular among the Tory grassroots, refused to set a date for the UK-India trade deal to be signed but said she was “confident” it would be this year. “The ‘deal by Diwali’ mantra is one of the things I have changed since becoming trade secretary,” she said. “I tell people it’s about the deal, not the day. I think that having a fixed day where everything needs to be completed is not helpful in a negotiation because the other party can run down the clock. I do think a deal this year. I don’t know when. But after a while if things don’t conclude, then people just move on, on both sides.”
The UK and India have recently agreed to a reciprocal young professionals scheme whereby the UK will offer 3,000 places annually to 18-30-year-old degree-educated Indian nationals to go to the UK to live and work for up to two years. This is not part of the FTA.
Badenoch made her first visit to India in December to initiate the sixth round of the UK-India Free Trade Agreement negotiations, where she met Union minister for commerce and industry Piyush Goyal. The seventh round of official-level negotiations is due to commence shortly.