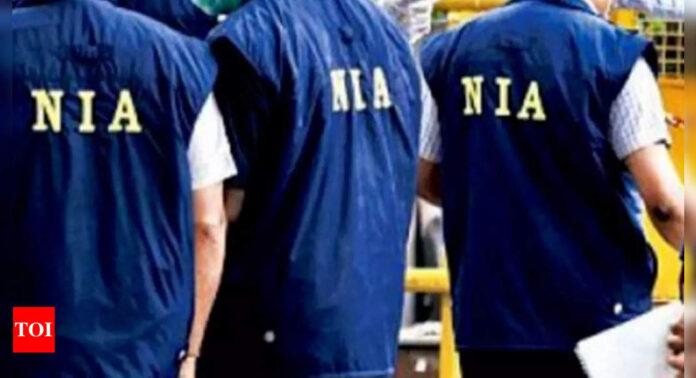 NEW DELHI: The National Investigation Agency on Wednesday carried out searches at 17 locations in West Bengal in connection with the Ekbalpore-Mominpur clashes that occurred in the state on October 9 last year, sources said.
The raids are being conducted at the house and office premises of the suspects, an official source privy to the development told ANI.
Taking into cognizance the allegations of vandalism and damage of property during the clashes, the NIA re-registered the case in October last year and initiated a probe into the anti-Hindu violence in Mominpur in West Bengal. Earlier, Kolkata police filed a First Information Report (FIR) in the case on October 10.
The anti-terror agency’s move comes after the Counter Terrorism and Counter Radicalisation (CTCR) division of the Ministry of Home Affairs (MHA) directed it to register an FIR and start a thorough probe considering the gravity of the case.
MHA’s order followed the direction of the Calcutta High Court in October while hearing a writ petition relating to the Ekbalpore-Mominpur communal violence. The Court ordered the state police to form a Special Investigation Team (SIT) comprising experienced police officials to probe into the incident.
The petitioners had approached the Court alleging that the State Police administration remained silent spectators to the communal violence that erupted in the Ekbalpore-Mominpur area of Kolkata on the eve of Laxmi Puja.
Accordingly, the petitioners prayed for the deployment of the Central Para Military Forces for maintaining peace in the aftermath of the violence, and for the transfer of the investigation of the crimes to the NIA, alleging the inefficiency of the State Police to investigate the matter in a fair manner.
The Court looked at preliminary reports filed before it and noted that five criminal cases had already been registered over the incident under the Explosive Substances Act, 1908 and the Arms Act, 1959, the investigation of which cases was in progress.
A clash between two communities at Mominpur in Kolkata led to communal tension and many houses in the Mayurbhanj area were ransacked and cars destroyed late on October 9.