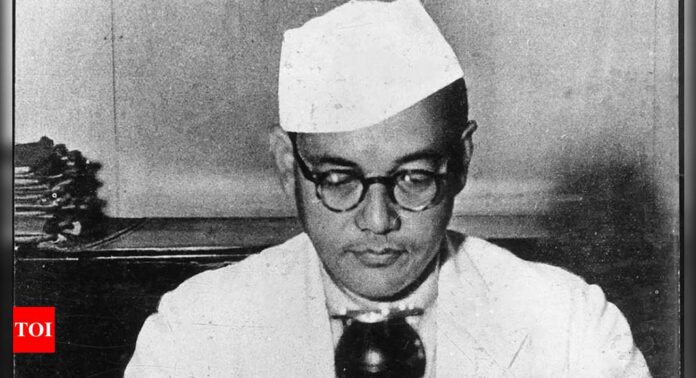 On Monday, a “hotel” at Kolkata’s College Street served ‘puisaag-er chochchori’ (a Bengali dish prepared with a medley of vegetables and pui saag in a mustard gravy) to its customers for free. But, for this popular “pice hotel” located at Bhawani Dutta Lane, this complimentary dish was not just another offer to attract customers. Rather, it is now a tradition at Swadhin Bharat Hindu Hotel, which the three generations of owners of this 110-year-old eatery (95 years at its present address) have rigorously followed as a “small and humble tribute” to the legendary freedom fighter, Netaji Subhas Chandra Bose, on his birthday every year.
Arunanghshu Panda, the eatery’s present owner, said Bose was a regular customer. “He visited us first as a student of Presidency College, and continued coming even when he became the mayor of Kolkata (then Calcutta). My grandfather Mangobinda Panda used to serve him every time he visited this place. We have heard numerous stories of how Bose preferred our ‘puisaag-er chochchori’ and ‘murighanto’ (a dish made of fish head and rice) over everything else.” Panda recalled that once Bose brought Chittaranjan Das along for a meal. The eatery, according to the old-timers, used to be a hideout and venue for secret meetings of the revolutionaries, with a back exit that led to a secret passage outside. During a raid, the founder of the hotel, Mangobinda, was brutally beaten up by the British police, but managed to fend them off till the revolutionaries escaped safely.