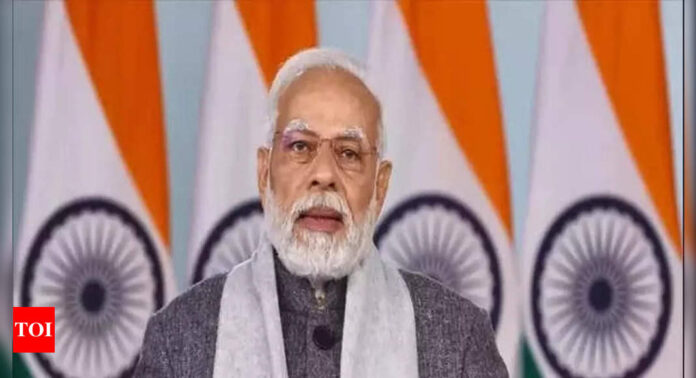 NEW DELHI: Prime Minister Narendra Modi on Tuesday called on the scientific community to make India a laboratory of advanced science in its 75 year of independence.
Speaking at the inauguration of 108 Indian Science Congress on the premises of Nagpur University here, the PM said India was making rapid strides in all sectors and in the next 25 years, it would scale new heights.
“In science, when passion combines with the attitude of service to the nation, it leads to extraordinary results. The Indian scientific community would play a major role in taking Indian to a pole position, which it fittingly deserves. Observation is most important for scientists, who follow a pattern and reach a conclusion. In this time, data collection and analyzing it is important.”
Stressing that the 21 century belonged to India, Modi said the country had excess data and technology, which can take science to new heights. “Our traditional knowledge and scientific approach would help us in scientific discovery. We need to strengthen our scientific processes and also develop an attitude for it. As India is taking rapid strides in the field of science and technology, we are witnessing the results.”
Informing that India was fast making its way in world’s top countries in the field of science, the PM said in 2015, India was ranked 81 among 130 countries, but jumped to 40 position in 2022. “Today we are among the top three nations in the startups. I am happy that the ISC theme of sustainable technology and development with women empowerment is being widely discussed. The world’s future depends on sustainable development. You have also attached women’s empowerment with the subject, which are connected to each other. We should empower science and research.”
Explaining about India getting the presidency of G-20, he said in major countries women and development is a subject of importance. “In last eight years, India has made progress from governance to society. We have done extraordinary works which have been widely discussed across the world. With the launch of Mudra scheme, many small businesses and startups are getting the boost. Many women are part of it and are proving themselves. Increasing participation of women in all fields proves that not only society is progressing but also the field of science.”
Warning that the new diseases (Covid-19) are throwing new challenges before humans, Modi said the country needed to promote research to tackle them. “We need to develop technology to tackle natural calamities like floods and earthquakes. We need to have integrated disease surveillance to identify the diseases and find out the ways to eliminate them. Various ministries need to work together in the field of science and technology.”
Speaking on India’s progress in space technology, the PM said with the launch of low-cost carriers, the world was approaching India. “Startups and private companies can benefit with this initiative. We should work on subjects which would benefit the human community all over the globe,” he said.
Governor Bhagat Singh Koshyari, union minister Nitin Gadkari, union minister of state for science, technology and earth sciences Jitendra Singh, chief minister Eknath Shinde, deputy CM Devendra Fadnavis, vice chancellor Subhas Chaudhari and Indian Science Congress Association (ISCA) president Vijay Laxmi Saxena shared the dais.

India News Shukla ji - February 3, 2023 0
BIHARSHARIF: The odds were 500 to one when a shy but eager 17-year-old walked in to tackle the mathematics paper on Day...
© Mumbai Highlights Theme by Webclickk
MORE STORIES