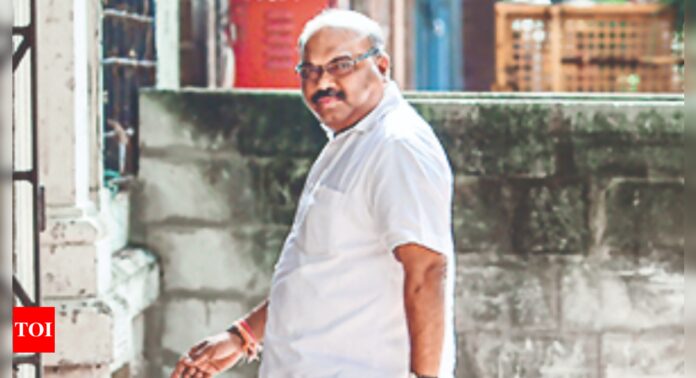 MUMBAI: The Enforcement Directorate (ED) has provisionally attached an asset worth Rs 10.2 crore in a money laundering case they are investigating against Uddhav Thackeray-led Shiv Sena leader and former minister Anil Parab and others.
The attached assets include Sai Resort in Ratnagiri. The resort was constructed on a plot purchased by Parab and afterward he sold it to his friend, Sadanand Kadam, a businessman.
ED has initiated money laundering investigation on the basis of complaint filed by Ministry of Environmental Forest and Climate Change against Anil Parab, Sai Resort, Sea Conch Resort along with others, before judicial magistrate, Dapoli, for violation of Section 19 and section 15 r/w Section 7 of Environment (Protection) Act.
Also, an FIR was also registered at Dapoli Police station against Parab and others for deceiving and causing loss to state government.
The ED investigation revealed that Parab in connivance with Kadam got illegal permission from local SDO office for conversion of use of land from agricultural to non-agricultural purpose and constructed resort in violation of CRZ norms.
The ED alleged that Parab acquired illegal permission from Revenue Department for construction of a twin bungalow, ground-plus-one structure, over a piece of land falling under No Development Zone and after acquiring permission, Parab illegally constructed Sai Resort, ground-plus-two floors.
Further, Parab, with the deliberate intention to hide his identity as owner, obtained the permission in the name of previous owner Vibhas Sathe from the Revenue Department, by forging his signature on the application made in this regard, alleged ED.
Parab also deliberately hid the fact that the said land falls within CRZ-III before gram panchayat and pressurized the gram panchayat to transfer the said land along with building in his name although there was no mention of any construction in the original sale deed.
The ED issued a press release related with the attachment on Wednesday.
It alleged that “Parab has also cheated the gram panchayat by giving an application for taxation purpose before the completion of entire construction of the resort. It may be mentioned here that the payment for the construction of the resort was deliberately made in cash and the construction commenced before the registration of land in the name of Anil Parab (even though payments were made and land was in his physical possession) in order to hide the identity of real owner of the building. This was done so that in future, the expenses made for the building construction and if any violation comes to fore, the onus could be shifted to Vibhas Sathe, the previous land owner.”