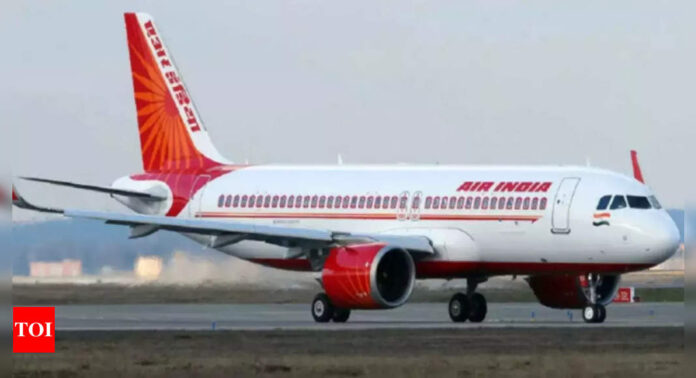 NEW DELHI: Tata Group-owned Air India on Thursday told aviation sector regulator DGCA that its staff had not complained to law enforcement about the Mumbai businessman who allegedly urinated on a female passenger on a New York-Delhi flight in November as the aggrieved lady had “rescinded” an initial request for action after the two “appeared” to have sorted out the issue.
Sources with direct knowledge of the matter said Air India on Thursday sent a reply to DGCA’s January 4 notice, detailing the incident that happened on board AI 102 flight of November 26, 2022.
It stated that the unnamed business class offender has been banned from flying on Air India for 30 days, pending a report of its Internal Committee.
The Committee has obtained the necessary documentation and held its first hearing, sources said, quoting from Air India’s reply.
The alleged perpetrator has requested for additional documents prior to a second hearing scheduled for January 10, they said.
Meanwhile, a senior DGCA official said, “We are examining their (Air India’s) response.”
While the Palam Police Station in Delhi has registered a case, the aggrieved passenger has been refunded the flight fare.
Detailing the incident, Air India told DGCA that its cabin crew received a complaint from a female passenger on board AI 102 on November 26, 2022 that a male co-passenger had soiled her clothes and bags by relieving himself near the seat she was in.
The crew assisted the female passenger to a different seat in the same class and provided a set of dry clothes and slippers.
The female passenger initially requested that action be taken against the offender upon arrival. However subsequently, she rescinded her request after the two parties appeared to have sorted the matter out between them, Air India told DGCA.
Sources said the airline in its reply stated that the cabin crew reported the incident to the Commander and logged it in the Voyage Report.
As there was no further flare-up or confrontation, and respecting the perceived wishes of the female passenger, the crew elected not to summon law enforcement upon landing, it added.
The matter has been reported to the Internal Committee in accordance with the rules for declaring a passenger ‘unruly’.
The airline stated that it has been in regular contact with the aggrieved passenger and her family during the investigation and reporting process.
In addition, Air India is reviewing its standing instructions to crew on the reporting of such incidents to authorities on arrival, including in scenarios where the alleged victim does not wish such a report to be made.