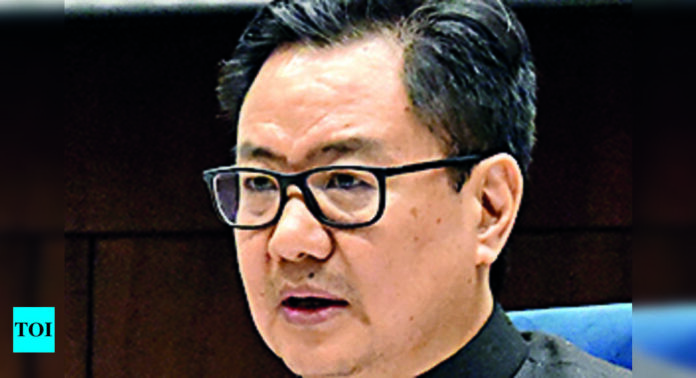 NEW DELHI: Law minister Kiren Rijiju held a review meeting on Thursday with officials of the Election Commission and the legislative department on various issues relating to electoral reforms, including the amendment required in the Representation of the People Act (RP Act) for the proposed declarations by political parties on the source of funding of their poll promises.
Soon after the Election Commission floated a proposed two-page declaration form for parties to disclose their electoral promises and means to finance them, the law minister had told TOI that the government was contemplating giving legal backing to “major electoral reforms” through amendments in the RP Act.
The law minister had said that “changing time and situation” demands overhaul of some electoral laws that are lacking in ensuring adequate transparency and accountability. The pending reforms suggested by the poll watchdog includes bringing amendments in the RP Act to put a cap on all cash donations received by parties to 20% of their total receipts. As of now, there is no such restriction and many parties have majority of their funds collected through “small donations” in cash for which it’s not mandatory to disclose details of donors.