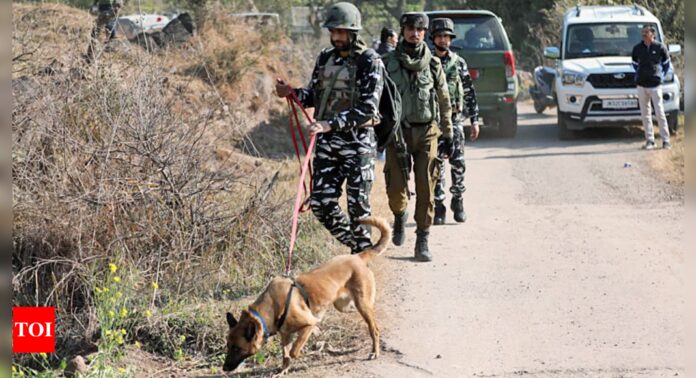 RAJOURI/JAMMU: At least 18 suspects have been detained for questioning in connection with a recent terror attack at Dhangri village in Jammu and Kashmir’s Rajouri district that left six civilians dead, officials said on Saturday.
A massive search operation to track down the assailants is going on and “some vital leads” have been found, they said and expressed hope that the case would be cracked soon.
The six civilians were killed and several injured when the terrorists attacked the village on January 1. While four were killed when the terrorists fired on the houses belonging to the members of a particular community, two cousin sisters lost their lives in an IED explosion the next day. The improvised explosive device (IED) was planted by the terrorists at the house of one of the victims.
“The investigation of the terror attack is going in the right direction. So far, a dozen-and-a-half suspects, including some women, have been detained for questioning,” an official said.
Additional director general of police, Jammu zone, Mukesh Singh is monitoring the investigation, which is being conducted by senior officers under the supervision of the Deputy Inspector General of Police, Rajouri-Poonch range, Haseeb Mughal.
“Some vital leads have been found that suggest the presence of terrorists in some villages near Rajouri town,” the official said.
Senior superintendent of police, Rajouri, Mohammad Aslam confirmed the detention of at least 18 suspects.
“We have received some vital leads and are working on those to crack the case. An operation is on to neutralise the terrorists involved in the attack,” the officer said, refusing to divulge any further details.
Meanwhile, an organisation representing the displaced people from Pakistan-occupied Kashmir (PoK) has demanded adequate compensation for the victims’ families.
SOS International chairman Rajiv Chuni, who led a delegation to Dhangri on Saturday, paid homage to the victims of the terror attack and slammed the government for failing to protect the families that settled in the village after their exodus from the PoK in 1947.
Reiterating that the government must provide adequate security to the Hindus living in Jammu and Kashmir as well as a cash relief of Rs 1 crore and a job to a member of each victim family, Chuni exhorted the displaced families to remain united for getting justice.
He also appealed to the community to maintain communal harmony at any cost and foil the nefarious designs of the enemies of brotherhood.