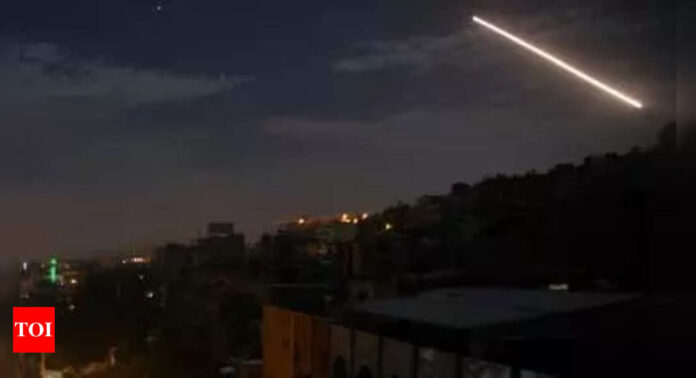 BEIRUT: Israel‘s military fired missiles toward the international airport of the capital Damascus early Monday, putting it out of service and killing two soldiers and wounding two others, the Syrian army said.
The attack, the first this year, also caused material damage in nearby area, the army said without giving further details.
It was the second time the Damascus International Airport was put out of service in less than a year.
There was no comment from Israel.
On June 10, Israeli airstrikes that struck Damascus International Airport caused significant damage to infrastructure and runways. It reopened two weeks later after repairs.
Israel has carried out hundreds of strikes on targets inside government-controlled parts of Syria in recent years, but rarely acknowledges or discusses such operations.
Israel has acknowledged, however, that it targets bases of Iran-allied militant groups, such as Lebanon’s Hezbollah, which has sent thousands of fighters to support Syrian President Bashar Assad‘s forces.