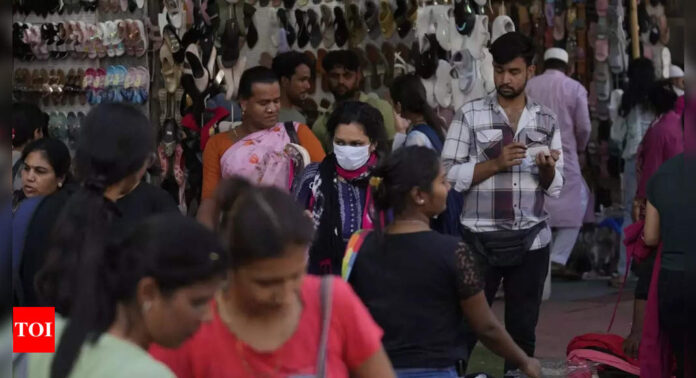 NEW DELHI: For the second week running, India recorded a marginal rise in Covid-19 cases although the numbers remained very low. In the week ending Sunday, 1,526 fresh cases were recorded in the country, up 25% from the previous week’s tally of 1,219.
This comes when the government has sounded alert anticipating a spike in the Covid-19 cases in January, following the precarious situation of the pandemic in China and some other countries.
There were signs of a spike in Karnataka, where new cases jumped from 116 in the previous week to 276. No sharp surge was reported elsewhere in the country, although cases rose marginally in a few states.

Kerala tops the list again
Kerala continued to report the highest number of new cases at 467, up from 416 in the previous week. Tamil Nadu also registered an increase, going from 47 in the preceding week to 86.

Case numbers remained flat in most other states. Maharashtra reported 168 fresh infections during the week as opposed to 172 in the previous one. Delhi logged 81 cases, up slightly from 72, while the numbers dipped in Rajasthan from 81 in the preceding week to 48. All other states recorded less than 50 new cases.

Government advisory
The government has advised the state to ramp up testing and administration of booster dose. It has asked the agencies to increase the number of genome sequencing of the samples to ascertain if the country has new variants of the SARS-CoV-2, the coronavirus that causes Covid-19. There has been apprehension about the emergence of new variants from the Chinese situation.
Meanwhile, in a first since March 2020, Covid deaths during the week (December 26-January 1) dipped to single figures at six. This was the lowest weekly toll since zero deaths were reported during March 16-22, 2020. In the previous week (December 19-25), 16 deaths were recorded, as per TOI’s Covid database.