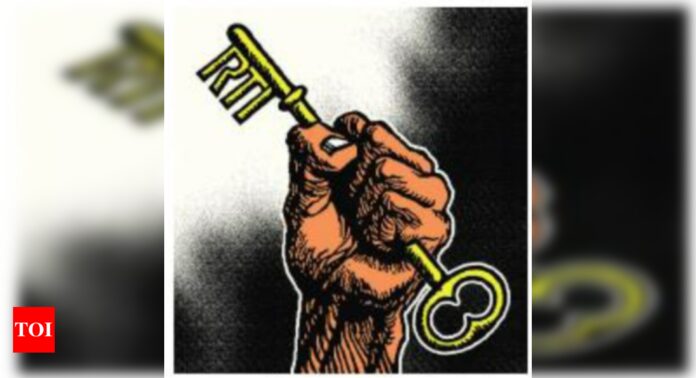 NEW DELHI: A report on the working of Information Commissions highlights the lack of diversity in the composition of the commissions with nearly 60% commissioners being retired government officials since these bodies were first constituted under the Right to Information Act 2005 regime. Merely 10% of all commissioners have been women. Currently no commission is headed by awoman. The report calls for measures to enhance the representation of women in the crucial role of information commissioners.
The findings are part of a report brought out by voluntary organisation Satark Nagrik Sangathan (SNS) on the performance of the 29 ICsacross the country that draws from data collected through RTI applications for the period July 2021 to June 2022.
The analysis by SNS while dwelling on a widerrange of issues related to complaints, disposal, penalties and compensation awarded by the ICs and the CIC also highlights the lack of diversity in the composition of the commissions.
“Despite the Right To Information Act 2005 providing that commissioners can be appointed from diverse backgrounds and fields, and this being reiterated by the Supreme Court in an order in 2019, the assessment found that a majority of information commissioners have been appointed from among retired government servants,” it is stated in the report.
“Of the 450 commissioners for whom background information was available, 58% were retired government officials. In case of others it comes through that 15% were lawyers or former judges (11% were advocates or from the judicial service and 4% were retired judges), 10% commissioners had a background in journalism, 5% were academics (teachers, professors) and 4% were social activists or workers,” the assessment highlights.