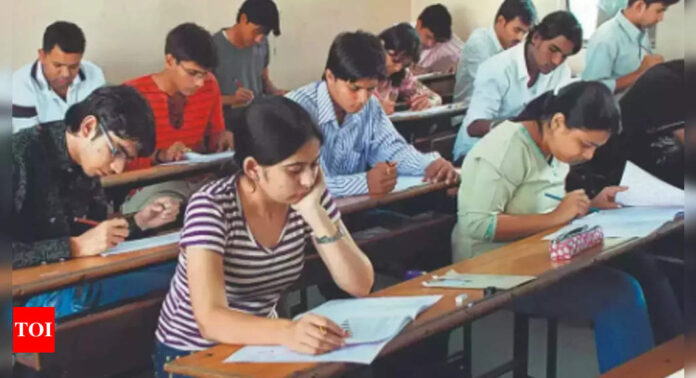 NEW DELHI: In a first, the Staff Selection Commission (SSC) will conduct the multi-tasking (non-technical) staff examination, 2022, in 13 regional languages in addition to Hindi and English.
The 13 additional regional languages in which the exam can be taken now are Urdu, Tamil, Malayalam, Telugu, Kannada, Assamese, Bengali, Gujarati, Konkani, Manipuri (also Meiti), Marathi, Odia and Punjabi.
Speaking to TOI, junior home minister Jitendra Singh on Friday said the intent is to conduct the exam in all the 22 Scheduled languages in due course. He said the move to offer the SSC exam in 15 languages takes foward PM Modi’s vision of providing a level playing field to job aspirants and ensure that no one is denied an opportunity because of being at a disadvantage due to language barrier.
“The move will fulfil the long pending demand of candidates of different states, particularly those in South India, for the exams to be conducted in languages other than Hindi and English,” the minister stated. He
said that the department of personnel and training, in order to review the scheme and syllabus of examinations conducted by the Commission, including the medium in which the examinations are conducted, had constituted an expert committee.
It has recommended that it would be in fitness of things to conduct the examinations for lower-level posts in multiple languages, which to begin with, can start with a few languages and then gradually increase to include all the languages mentioned in the Eighth Schedule to the Constitution, said a statement issued by the personnel ministry. The government has accepted the recommendations of the committee.