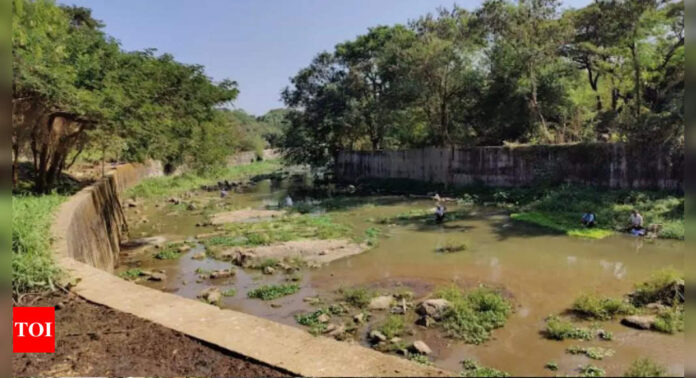 MUMBAI: Environmentalists and Save Aarey Forest activists have written urgent letters to various state authorities, including the chief secretary and the environment secretary with regards to massive landfilling taking place by the truckloads during night hours inside Aarey, close to the Mithi river channel and outside the Metro car shed site.
Founder member of the Aarey Conservation Group, Amrita Bhattacharjee, said: “It is disturbing and alarming why landfilling is taking place at such a huge scale inside Aarey in the night. On December 28, I had visited the area close to the Aarey Metro carshed site, and was saddened to see a lot of greenery and green vegetation cleared from there. At the Mithi river channel, opposite the Tapeshwar Mandir, a lot of raw sewage is also flowing into the upstream of the river. This is further destroying Aarey. Nature lovers must also write to chief minister.”
Activist Tabrez Ali Sayed said: “We are shocked that earth is being dumped next to the Mithi channel, and many trees have also been cleared late at night. Some of the over 50 foot tall trees are now buried three-fourths into the dumped earth, so only their canopies can be seen. Will the state government fully investigate this matter?”
While the state officials have yet to respond to this new year shocker, the director of Vanashakti NGO and member of the Bombay high court appointed wetlands and mangroves panels, D Stalin, said: “Hundreds of trucks have dumped earth, raising the ground level by almost 15 feet in a 2 acres area near the river channel, outside the proposed Metro car shed. Who is doing this clandestine activity at night time, leaving may green tree buried in the debris? All the trees in the forested area will be killed if no corrective action is taken by the government.”
Stalin, who has emailed his grievance to the offices of environment department, chief secretary and also the BMC gardens department, added: “I have sent GPS tagged photos of the landfilling to the authorities, and have demanded immediate action, as it also concerns the Mithi river which can cause terrible flooding during the rains if its channel is not kept clear at any point of the course.”