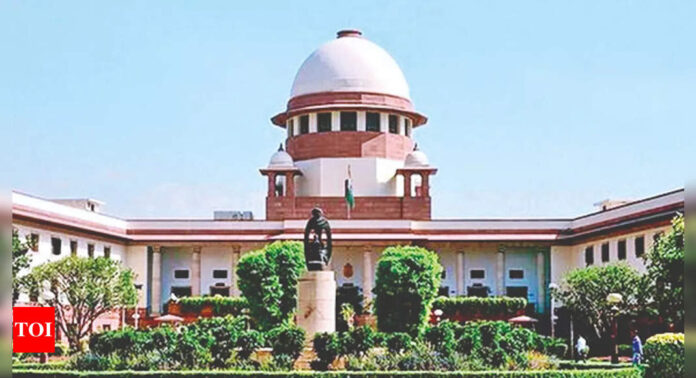 NEW DELHI: The Supreme Court is hearing a petition challenging the Uttarakhand high court‘s order to evict 4,365 families from 78 acres of ‘encroached’ railways land in Haldwani.
According to local residents claim that the 78-acre area has around 25,000 voters, including several elderly persons and pregnant women, as well as 15,000 children.
On December 20, the Uttarakhand high court ordered demolition of constructions over the encroached railway land. It directed that a week’s notice be given to the encroachers after which the encroachments should be demolished.
The residents claimed that they had the relevant documents and expressed hope that the apex court would consider the fact that they had been living on the land for 100 years and deliver a verdict in their favour.
Nainital district magistrate DS Garbyal said preparations are being made to remove the encroachments. “It is the high court order. It has to be followed.”
Residents of the area have been informed about the court order and the process to remove the encroachment is likely to begin on January 10, Haldwani SDM Manish Kumar said.
Officials are carrying out an inspection following the order of the Uttarakhand HC against encroachments near Haldwani railway station. Meanwhile, residents of Banbhulpura held a candle march on Tuesday to register their protest and press for their demands.
Former Uttarakhand chief minister Harish Rawat also held a one-hour silent protest at his home in Dehradun against the planned clearance of encroachments in Banbhoolpura following an Uttarakhand HC order.