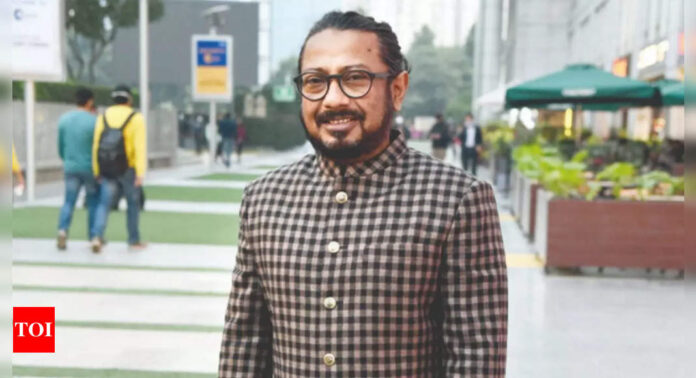 BHOPAL: A scheduled talk at a literature festival in Bhopal by filmmaker Onir Dhar – one of the most heard gay rights voices in India and abroad – was cancelled at the 11th hour, allegedly because a group threatened to protest his presence. Onir was due to speak on ‘Making Literature LGBTQ Neutral’ at Bharat Bhavan on the opening day of the festival on Friday.
“Shocked and sad that an event I was really looking forward to speaking at had to drop me. Apparently there was a group threatening protest and violence, and the police told the organisers that they cannot guarantee my safety. So they cancelled the event. Let me process this…” Onir tweeted.
On his way to attend the Kolkata Literature Festival when TOI spoke with him, the write-director said he was quite upset that his session was “arbitrarily cancelled”. “I’m appalled that no official reason has yet been given for the cancellation of my session. I was merely told that there would be a threat to my safety if I went to the venue. The event wasn’t cancelled, only my session was nixed. I want to know why I was singled out and who was giving threats against me,” he said.
Onir said he learnt about the cancellation a few hours before his flight to Bhopal. “The organisers didn’t even have the guts to call me. On Thursday morning, I got a text from the travel agent that my ticket had been cancelled. When I called the organisers to know what was going on, I was told that they were ‘planning’ to text me, whatever that means. It was very unprofessional, obviously they were forced to drop me. But I’m not one to keep quiet. I will raise my voice against injustice,” he said.
When TOI contacted festival director Raghav Chandra to know who was threatening Onir, he didn’t name any person or group.