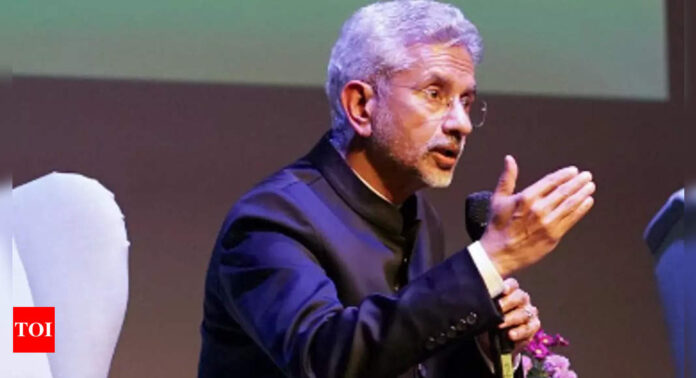 External Affairs Minister S Jaishankar has said that a 77-year-old organisation like the United Nations (UN) needs a “refresh”, asserting that pushing for a major overhaul in the top global body is an important part of New Delhi’s foreign policy, reported news agency PTI.

“The UN system was invented in 1945. Now, I tell people to show me something which is 77 years old and you feel doesn’t need a refresh. People refresh themselves, institutions need to be refreshed by other people. We need change. Large parts of the world do not believe anymore that the UN system speaks fairly for them,” said Jaishankar while addressing members of the Indian diaspora in Vienna on Sunday.

The UN officially came into existence in October 1945, after its Charter was ratified by China, France, the Soviet Union, the UK, the US and by a majority of other signatories.
India has been at the forefront of efforts at the UN to push for urgent long-pending reform of the Security Council, emphasising that it rightly deserves a place at the UN high table as a permanent member.

A question of influence

“The problem is those who are occupying positions of influence obviously don’t want to dilute their influence. So how we persuade people to go along with that change when their more short-term calculations make them stick to the old system is a real problem,” said Jaishankar, adding: “Having said that, it’s something which we will persevere and it’s a very important goal for us, and our foreign policy. It won’t happen tomorrow but it will happen one day, trust me.”