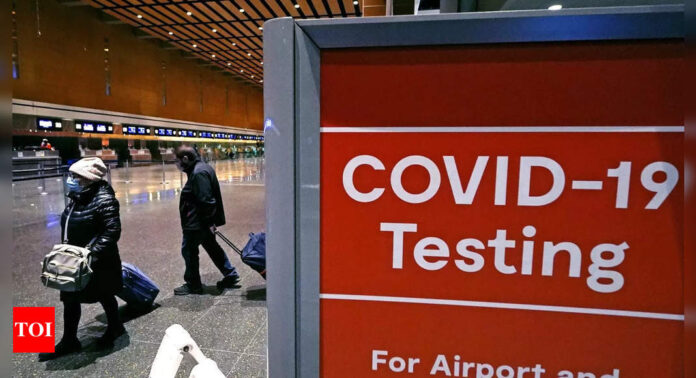 When Ebola swept through eastern Congo in 2018, it was a struggle to track cases. Dr Billy Yumaine, a public health official, recalls steady flows of people moving back and forth across the border with Uganda while others hid sick family members in their homes because they feared the authorities. It took at least a week to get test results, and health officials had difficulty isolating sick people while they waited.
It took two years for the country to bring that outbreak under control, and more than 2,300 people died.
Asimilar disaster threatened Congo in September 2021. Members of a family in North Kivu province fell ill with fevers, vomiting and diarrhea, one after the other. Then their neighbors became sick, too.
But that set off a series of steps that Congo put in placeafter the 2018 outbreak. The patients were tested, the cases were quickly confirmed as a new outbreak of Ebola and, right away, health workers traced 50 contacts of the families.
Then they fanned out to test possible patients at health centers and screened people at the busy border posts, stopping anyone with symptoms of the hemorrhagic fever. Locallabs that had been set up in the wake of the previous outbreak tested more than 1,800 blood samples. It made a difference: This time, Ebola claimed just 11 lives. “Those people died, but we kept it to 11 deaths, where in the past we lost thousands,” Yumaine said.
You probably didn’t hear that story. You probably didn’t hear about the outbreak of deadly Nipah virus that a doctor and her colleagues stopped in southern India last year, either.
Or the rabies outbreak that threatened to race through nomadic Masai communities in Tanzania. Quickthinking public health officials brought it in check after a handful of children died.
Over the past couple of years, the headlines and the social feeds have been dominated by outbreaks around the world. There was Covid, of course, but also mpox (formerly known as monkeypox), cholera and resurgent polio and measles. But a dozen more outbreaks flickered, threatened —and then were snuffed out. While it may not feel that way, we have learned a thing or two about how to do this, and, sometimes, we get it right.
A report by global health strategy organization Resolve to Save Lives documented six disasters that weren’t. All emerged in developing countries, including those that, like Congo, have some of the most fragile health systems.
While cutting-edge vaccine technology and genomic sequencing have received lots of attention in the Covid years, the interventions that helped prevent these six pandemics were steadfastly unglamorous: building the trust of communities in the local health system. Training local workersin how to report a suspected problem effectively.
Making funds available to dispense swiftly, to deploy contact tracers or vaccinate a village against rabies. Increasing lab capacity in areas far from urban centers. Priming everyone to move fast at the first sign of potential calamity.
“Outbreaks don’t occur because of a single failure; they occur because of a series of failures,” said Dr Tom Frieden, CEO of Resolve and a former director of the US Centers for Disease Control and Prevention. “And the epidemics that don’t happen don’t happen because there are a series of barriers that will prevent them from happening. ”
Yumaine said that a key step in shutting down Congo’s Ebola outbreak in 2021 was having health officials in each community trained in the response.