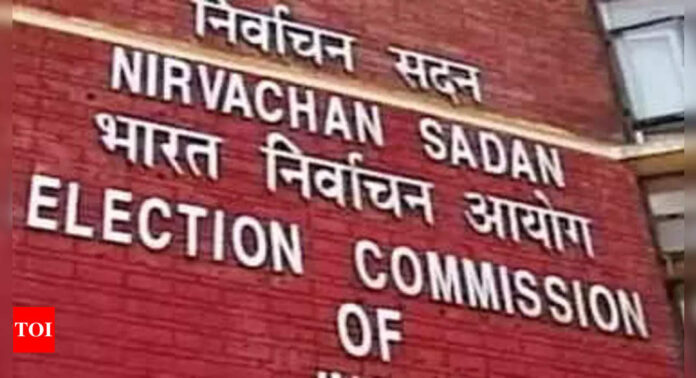 NEW DELHI: The Election Commission on Friday conveyed its displeasure “in no uncertain and strongest terms” to the Tripura chief secretary and DGP over Wednesday’s pre-poll clashes in the Jirania sub-division. As part of a follow-up action, the poll panel ordered immediate removal and suspension of the sub-divisional police officer (SDPO) of Jirania division and removal of two other officers in-charge of the police stations in the affected area.
The EC also posted three retired bureaucrats — Yogendra Tripathi, Vivek Johri and B Murali Kumar— as special observers for Tripura poll. This comes a day after a Congress and CPM delegation called on the commission to complain about incidents of pre-poll violence in the BJP-ruled state, including during the bike rally in Majlishpur constituency in which Congress claimed its leader Ajoy Kumar was “gravely injured”. Soon after, the poll panel sought a report from the Tripura DGP, through the chief secretary. Tripura goes to polls on February 16