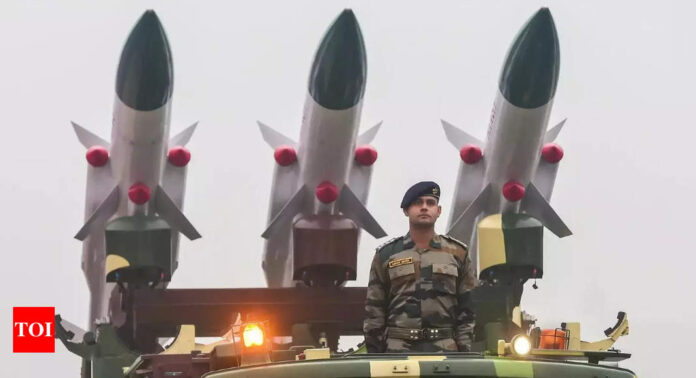 NAGPUR: With an aim to carry out logistic operations in the Himalayan frontier, the Defence Research and Development Organisation (DRDO) has developed an untethered multi-copter payload, an unmanned aerial vehicle (UAV), capable of flying with 5 kg payload and even dropping bombs in enemy territories, an official said.
The multi-copter was displayed by the DRDO at the 108th Indian Science Congress in Maharashtra’s Nagpur.
Successful trials of the multi-copter were conducted at Sikkim at an altitude of 14,000 ft. The product will be ready for induction in the Armed Forces after two remaining trials, DRDO official Mahesh Sahu said.
The DRDO has developed the multi-copter with payload capacity of 5 kg to 25 kg and is working on increasing the capacity up to 30 kg, he said.
The multi-copter can carry out autonomous missions with waypoint navigation up to 5 km radius. It can travel to a designated location in auto mode and release payload and return to home location, he said.
It can also be used to drop a bomb at an enemy site without any risk of human loss, the official said.
Similarly, the payload UAV can be helpful to drop medicines for soldiers deployed at high altitude or war zones, he said.
Beacon-based landing accuracy of 100 mm, ground vehicle follow mode and modular design for ease of operation are some of the other features of the multi-copter payload.