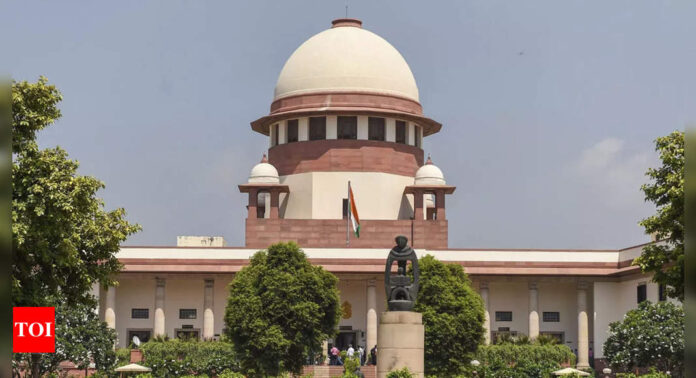 NEW DELHI: The demonetisation notification issued by the Union government cannot be set aside on the ground that it caused hardship to citizens, the Supreme Court said on Monday.
The top court, which upheld the Centre’s 2016 demonetisation by a 4:1 majority verdict, said individual interests must yield to the larger public interest.
“The contention that the impugned notification is liable to be set aside on the ground that it caused hardship to individual/citizens will hold no water. The individual interests must yield to the larger public interest sought to be achieved by impugned Notification,” the majority judgement of the bench, also comprising Justices B R Gavai, A S Bopanna and V Ramasubramanian, said. Justice B V Nagrathna, however, dissented.
The apex court said while adjudging the illegality of the impugned notification, it would have to examine the basis as to whether the objectives for which it was enacted has nexus with the decision taken or not.
“If the impugned Notification had a nexus with the objectives to be achieved, then, merely because some citizens have suffered through hardships would not be a ground to hold the impugned Notification to be bad in law,” it said.
The apex court said the action which was taken by the Centre through the impugned notification dated November 8, 2016, has been validated by the 2016 ordinance and which fructified in the 2017 Act.
“The Central Government is answerable to the Parliament and the Parliament, in turn, represents the will of the citizens of the country. The Parliament has therefore put its imprimatur on the executive action,” the bench said.
Senior advocate Shyam Divan, appearing for one of the petitioners, had challenged the notification on the ground that it caused hardship to a number of people.