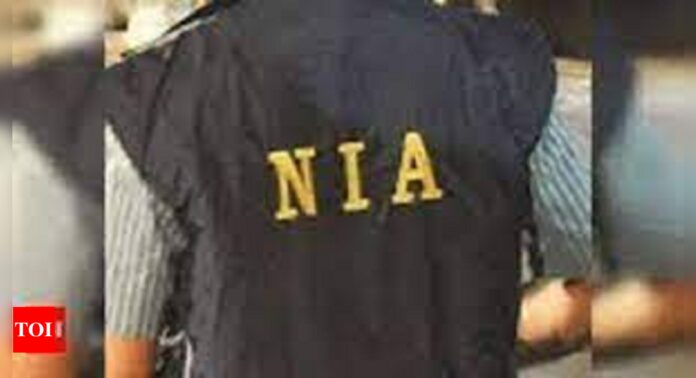 MUMBAI: Alishah Parkar, son of Haseena Parkar, and Dawood Ibrahim‘s nephew, has made sensational claims before the National Investigation Agency stating that the fugitive underworld gangster has remarried a Pakistani Pathan woman while still being married to his first wife Maizabin.
Alishah laid down the family tree of Dawood Ibrahim and said that the gangster’s first wife gets in touch with people through WhatsApp calls.
In a chargesheet filed by the NIA in the terror funding case, the agency has said that Alishah detailed the family tree of Dawood in his statement in which he claimed that the gangster has relocated himself to another location in Pakistan’s Karachi.
The NIA had registered a case against Dawood Ibrahim and his close aides in the terror funding case and had also arrested some people.
NIA had received information that Dawood Ibrahim is forming a special team, which can attack big leaders and businessmen in the country. They can spread violence in big cities. During the investigation of this case, the NIA recorded the statement of Alishah Parkar, son of Dawood Ibrahim’s sister Haseena Parkar.
According to Alishah’s statement, Dawood has four brothers (5 including himself) and four sisters.
“Dawood Ibrahim has remarried. His second wife is a Pakistani Pathan,” Alishah told NIA during the probe.
According to Alishah Ibrahim Parkar, Dawood Ibrahim is telling everyone that he has divorced his first wife Maizabin to get married for the second time, but it is not so. Besides this, the address of Dawood Ibrahim has changed. Now he lives in the defence area near Rahim Faki located behind Abdullah Ghazi Baba Dargah in Karachi.
Alishah’s statement further said that he had met Dawood Ibrahim’s wife Maizabin a few months ago in July 2022 in Dubai.
He claimed that he had stayed in the house of Zaitoon Hamid Antulay in Dubai.
“Dawood’s wife Maizabin calls my wife even on festivals, talks to my wife through WhatsApp calls,” his statement said.
At present Dawood Ibrahim Kaskar, Haji Anees alias Anees Ibrahim Shaikh and Mumtaz Rahim Faki along with their families live behind Abdullah Ghazi Baba Dargah in Defense Colony, Karachi, Pakistan. According to Alishah Parkar, Dawood Ibrahim does not keep in touch with anyone.
According to his statement to the NIA, Dawood Ibrahim Kaskar’s wife’s name is Maizabin and has 3 daughters. One is named Marukh (married to Javed Miandad’s son Junaid), the other is Mehrin, while the third is Maziya (unmarried) and the son is Mohin Nawaz. Dawood Ibrahim’s second wife is a Pakistani Pathan.
“Dawood Ibrahim shows that he had divorced his first wife, but the fact is it’s wrong,” the statement said.
Alishah also detailed the information about Dawood’s brothers.
The statement said that Sabir Ibrahim Kaskar died during the gang war in Mumbai in 1983-84. His wife’s name is Shenaaz. He has 2 children. A son named Shiraz and a daughter Shahziya. Shiraz died in 2020 due to COVID in Pakistan, Shahziya lives in Agripada with her husband Mozzam Khan. Mozzam Khan is an estate agent.
Noora Ibrahim Kaskar died in Pakistan 7-8 years ago in Pakistan. His first wife’s name was Shafika who also died. He had married second time to Reshma living in Pakistan. He has a daughter from Shafika whose name is Saba. Sohel and Sarfarz are living in Pakistan, Alishah said in his statement.
Iqbal Kaskar who is in Thane Jail for the last 5 years, Iqbal Kaskar’s wife’s name is Rizwana who lives in Dubai. There are 5 children, girl Hafsa who lives in Dubai, Zara who lives in Spain, Aiman who lives with her mother in Dubai, son Rizwan who is lodged in Arthur Road Jail in Mumbai and another son Aban who is also in Dubai.
Alishah said that Anees Ibrahim’s wife’s name is Tehsin, who has 5 children, including 3 daughters, whose name is Shamim (married to Shahdab Khan from Mumbai and lives in Dubai). 2nd daughter Yasmin (married to Asgar, he is Pakistani and lives in Karachi), and 3rd daughter Aana (married to Salik, he is Pakistani and lives in Karachi) and 2 sons namely Ibrahim (married to Pakistani girl Qurtarulain), and another son Mehran (studying in London and unmarried). Anees’s family lives in Pakistan.
“Mustkeen Ibrahim Kaskar’s wife’s name is Seema. He has 2 daughters, whose name is Seher (who married Khalid in Lucknow), and lives in Lucknow. Second daughter Ammina (unmarried and done LLB, LLM from London), practising in Dubai. She has two sons named Owais (he is married to Guddu Pathan’s daughter) and Humza (studying) lives in Dubai,” the statement said.
Alishah said that Humayun Ibrahim Kaskar died 4-5 years ago.
His wife’s name is Shahin, he has two daughters, whose names are Mariya and Samiya. Both are not married. Both of them live in Karachi, he said.
Giving information about Dawood’s sisters, Alishah said that the first sister Saida Hassan Miya Waghle married Hassan Miya who are both dead.
They both have 2 daughters. Their names are Nazma and Pinky and they have two sons named Sajid and Sameer alias Lala, he said.
Haseena Ibrahim Parkar married Ibrahim Parkar. Both have died. He has 2 sons named Danish (died in a car accident), Aalishah and 2 daughters Kaushiya and Umera.
“Zaitun Hamid Antule married Hamid Antule. Hamid Antulay was accused by CBI in a case and he has Manikchand agency in Dubai. She has 2 sons whose names are Sabir and Hussain and daughter Saida. All of them live in Dubai,” he said.
Farzana Saud Tungekar married with Saud Tungekar. They have 2 sons, named Junaid and Mohammad Ali, and 2 daughters, one named Sahila and the other daughter named Erum.
Mumtaz Rahim Faki is married to Rahim Faki. Rahim Faki is wanted in JJ shootout case. She has 2 sons Aniq and Sami, and a daughter Zainab.