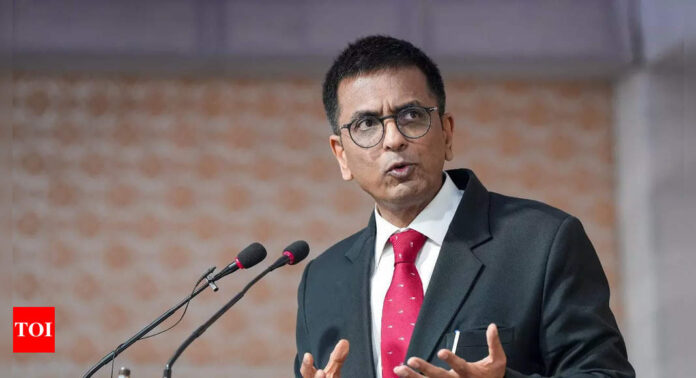 NEW DELHI: A usual day in the Supreme Court on Friday morning became a surprise for lawyers waiting in the apex court corridors when Chief Justice of India D Y Chandrachud reached the first court with his two daughters to show them his workplace.
According to sources, Justice Chandrachud, who reached the court premises around 10 am, took his daughters to his courtroom (first court) through the visitor’s gallery before the scheduled court timing of 10.30 am and told them, “See, this is where I sit.”
The sources said the CJI took his daughters to his chamber while explaining about his workplace and showed them the place where the judges sit and from where the lawyers argue their cases.
They said Justice Chandrachud brought his foster daughters, both differently-abled, to the court after they expressed desire to see his workplace.