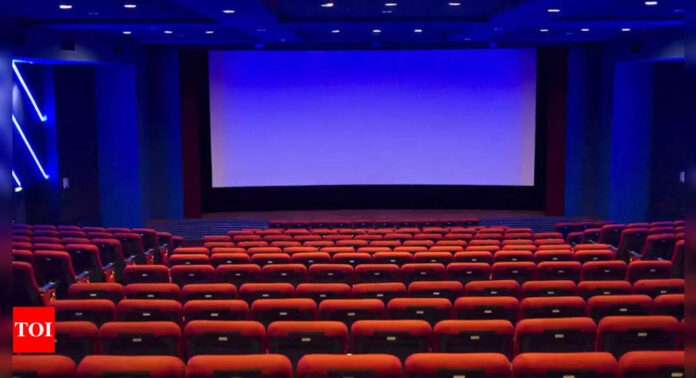 NEW DELHI: The Supreme Court on Tuesday ruled that cinema halls have the right to set the terms and conditions for the sale of food and beverages served inside the premises and can determine whether outside food should be permitted or not.
“A cinema hall owner has the right to regulate the entry of food and beverage. Whether to consume what is available is entirely upon the choice of the movie goer. Viewers visit hall for entertainment,” the apex court said.
It set aside a direction of the Jammu and Kashmir high court which had in July 2018 directed multiplex and cinema hall owners there not to prohibit movie goers from carrying their own food articles and water inside the theatres.
Saying that the high court exceeded its jurisdiction in passing such an order, the bench said that a cinema goes has to adhere to the rules of the theatre when they decide to visit it. It added that permitting food and beverages within the premises is a matter of commercial decision of the theatre owner.
“Viewers visit a cinema hall for the purpose of entertainment. We are clearly of the view that the high court transgressed the limits in the exercise of its jurisdiction under Article 226 of the Constitution by ordering and directing the state to ensure that there should be no prohibition on a movie goer bringing eatables and beverages from outside within the precinct of a cinema hall,” the bench said.
The bench noted that during the course of the arguments before it, the counsel appearing for the appellants stated that due arrangements are made for the supply of hygienic drinking water to the movie goers without levying any charge within the precinct of the cinema hall.
The apex court said it was also stated before it that where an infant or a young child accompanies the parents, as a matter of practice, the cinema hall owners have no objection to reasonable amount of food being carried for the child to serve the nutritional requirements.
It observed that whether or not to purchase, food or beverages after given admission to the cinema hall is entirely the choice of a movie goer.
“The property of the cinema hall constitutes a private property of the owner of the hall. The owner of the hall is entitled to have terms and conditions so long as such terms and conditions are not contrary to public interest, safety and welfare,” it said.
Advocate Sumeer Sodhi, appearing for one of the appellants G S Malls Pvt. Ltd, argued the receipts issued by theatre owners have a specific condition mentioned on them to the effect that no outside food is allowed.
The court said the owner of a private property has the right to decide what can be brought in and what not subject to rules.
“Now, the regulation of what can be brought, what cannot be brought within the precincts of a private property…. is for the owner of the property to decide, subject to statutory rules which regulate his activity,” the CJI said.
“Suppose, somebody starts getting ‘jalebis’ into the cinema hall, the owner could say you eat your ‘jalebis’ and wipe your hands on the seats,” Justice Chandrachud said, adding, “I am just giving you an example.”
The bench observed the fundamental aspect which needs to be noted is that the trade and business of conducting a cinema theatre is subject to regulation by the state which has framed the Jammu and Kashmir Cinemas (Regulation) Rules, 1975.
It said, admittedly, the rules contain no mandate compelling the owner of a cinema theatre to allow a movie goer to bring food or beverages within the precinct of the theatre.
The bench said it needed no emphasis that the rule making power of the state has to be exercised in a manner consistent with the fundamental right of the hall owners to carry on a legitimate trade and business within the meaning of Article 19 (1)(g) of the Constitution.
(With inputs from PTI)