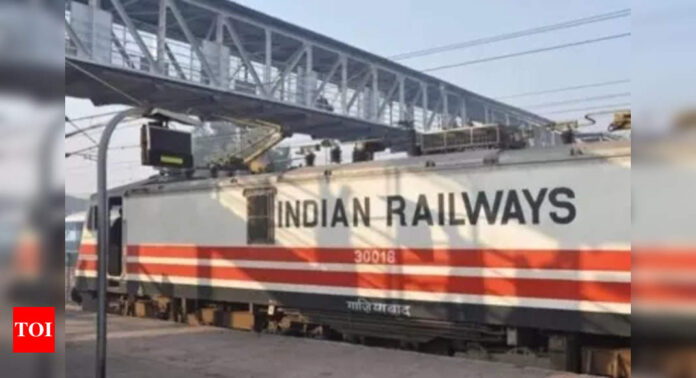 NEW DELHI: The CBI has arrested an additional divisional railway manager posted in Guwahati and six others, including a middleman and a hawala operator, in an alleged Rs 50-lakh bribery case, officials said on Sunday. Jitendra Pal Singh, a 1997-batch Indian Railways Service officer, was arrested after a person identified as Hari Om was caught while allegedly accepting the bribe on behalf of the officer, they said.
“It was alleged that the accused (Singh) had entered into a conspiracy with the intention of showing undue favours to private contractors for awarding of contract agreements, preparation of measurement book, processing of running account bills, early release of payment against pending bills and for the ongoing work of construction in Northeast Frontier Railway as well as for the early release of security deposits and bank guarantees,” a CBI spokesperson said in a statement.
The CBI has alleged that Singh regularly demanded and accepted bribes from various contractors when he was posted as chief engineer, construction, in New Jalpaiguri.
The bribe amount was routed through a contractor, Shyamal Kumar Deb, who used to channelise it through Delhi-based hawala operator Vinod Kumar Singhal, also arrested in the case.
On getting information about possible bribery, the agency laid a trap where Hari Om, an acquaintance of Singh, was arrested while receiving a Rs 50 lakh bribe allegedly on behalf of the officer, the agency said.
The CBI later arrested the officer and the hawala operator as well who will be produced before a special court in the national capital on Sunday.
“Searches were conducted at the premises of ADRM and others in various locations including in Delhi, Narora, Guwahati, Siliguri and Aligarh which led to the recovery of approximately Rs 47 lakh cash, laptops and several incriminating documents,” the spokesperson said.
The agency has also arrested Deb, the contractor who arranged the money, Yogendra Kumar Singh, who is the driver of Hari Om, and Dilawar Khan and Sanjeet Ray, both cashiers at the hawala shop in the national capital.