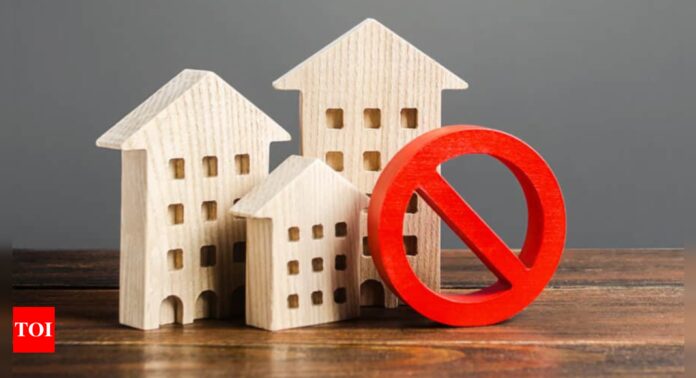 OTTAWA: A ban on foreigners buying residential property in Canada took effect on Sunday, aiming to make more homes available to locals facing a housing crunch.
Several exceptions in the act allow individuals such as refugees and permanent residents who are not citizens to buy homes.
In late December, Ottawa also clarified that the ban would apply only to city dwellings and not to recreational properties such as summer cottages.
The temporary two-year measure was proposed by Prime Minister Justin Trudeau during the 2021 election campaign when soaring prices put home ownership beyond the reach of many Canadians.
“The desirability of Canadian homes is attracting profiteers, wealthy corporations, and foreign investors,” his Liberal Party said in its election plank at the time.
“This is leading to a real problem of underused and vacant housing, rampant speculation, and skyrocketing prices. Homes are for people, not investors.”
Following their 2021 election victory, the Liberals quietly introduced the Prohibition on the Purchase of Residential Property by Non-Canadians Act.
Major markets such as Vancouver and Toronto have also introduced taxes on non-residents and empty homes.
Despite a recent heyday, the country’s real estate market has cooled for sellers as mortgage rates followed the Bank of Canada‘s aggressive monetary policy in a bid to rein in inflation.
According to the Canadian Real Estate Association, average home prices have fallen from a peak of more than Can$800,000 (US$590,000) at the start of 2022 to just over Can$630,000 (US$465,000) last month.
Many experts have also said the ban on foreign buyers — who accounted for less than five percent of home ownership in Canada, according to the national statistical agency — would not have the desired effect of making homes more affordable.
Rather they point to a need for more housing construction to meet demand.
The Canada Mortgage and Housing Corporation — the national housing agency — said in a June report that close to 19 million housing units will be needed by 2030.
That means 5.8 million new homes must be built, or 3.5 million more than are currently anticipated to be built to meet that demand, it said.