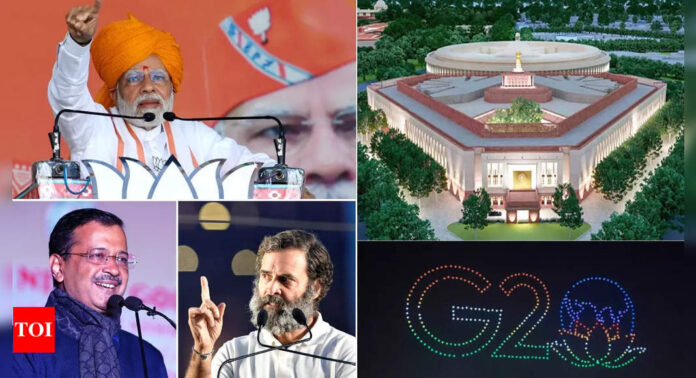 NEW DELHI: India witnessed a high-voltage political year in 2022 which started with five major elections, including in states like UP and Punjab, and ended with a classic clash of the titans in the states of Gujarat and Himachal Pradesh.
The Congress lost yet another state in Punjab but ended up winning Himachal – a consolation of sorts ahead of key battles lined up in 2023. The Aam Aadmi Party announced its arrival on the national stage after a historic victory in Punjab and encouraging gains in states like Gujarat.