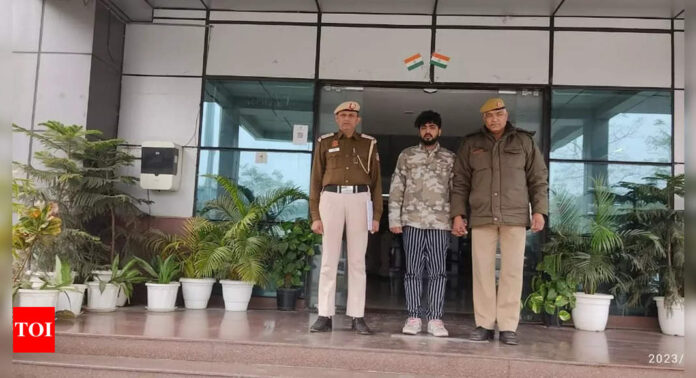 NEW DELHI: A trainee ticketing agent with British Airways has been arrested for allegedly making a hoax bomb call to the SpiceJet Airlines call centre at Indira Gandhi International Airport in Delhi on Thursday, said IGI Airport DCP Ravi Kumar Singh on Friday.
“Accused Abhinav Prakash did this at the behest of his friends who had asked him to chalk out a plan to delay the departure of the Delhi-Pune flight as two girls they met during a road trip to Manali were onboard,” the DCP said.
He added Prakash, along with his friends Kunal and Rakesh made the “malicious plan of making a hoax bomb call at the call centre of Spicejet Airlines, with an ulterior motive of getting the flight cancelled”. Both the friends of Prakash are presently absconding, the DCP further said.