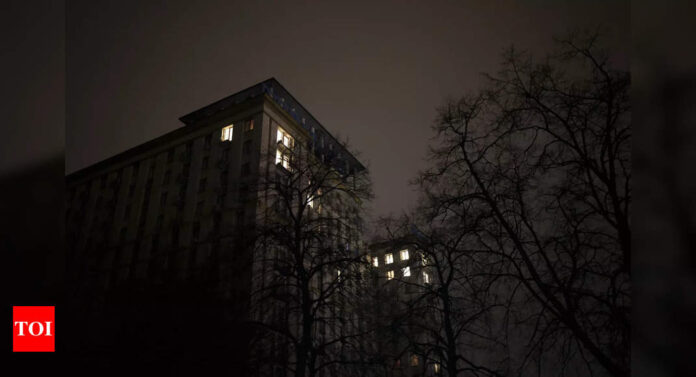 KYIV: Numerous blasts were heard in Kyiv and in other places around Ukraine and air raid sirens wailed across the country in the first couple of hours after midnight on New Year’s Day.
As the sirens wailed, some people in Kyiv shouted from their balconies, “Glory to Ukraine! Glory to heroes!” Reuters witnesses reported.
Fragments from a missile destroyed by Ukrainian air defence systems damaged a car in the capital’s centre, but preliminarily there were no wounded or casualties, Kyiv Mayor Vitali Klitschko said.
Kyiv’s city military administration said that 23 Russian-launched “air objects” had been destroyed.
The attacks came minutes after Ukraine’s President Volodymyr Zelenskyy New Year message of wishes of victory for his country in the war that is in its 11th month, with no end in sight.
Blasts continued to be heard after that, with no immediate reports of damages, Reuters witnesses reported.
There were also unofficial reports of blasts in the southern region of Kherson and the northern Zhytomyr region.
The attacks followed a barrage of more than 20 cruise missiles fired at targets across on Ukraine on Saturday in what Ukraine’s human rights ombudsman Dmytro Lubinets called “Terror on New Year’s Eve.”
Kyiv city and region officials said on the Telegram messaging app that air defence systems were working. Oleksiy Kuleba, the governor of the Kyiv region, said the region was being attacked by drones. It was not immediately known whether any targets were hit.
Separately, Vyacheslav Gladkov, governor of the southern Russian region of Belgorod bordering with Ukraine, said that as a result of overnight shelling of the outskirts of Shebekino town, there were damages to houses, but no casualties.
Ukraine has never publicly claimed responsibility for any attacks inside Russia but has called them “karma” for Russia’s February 24 invasion.