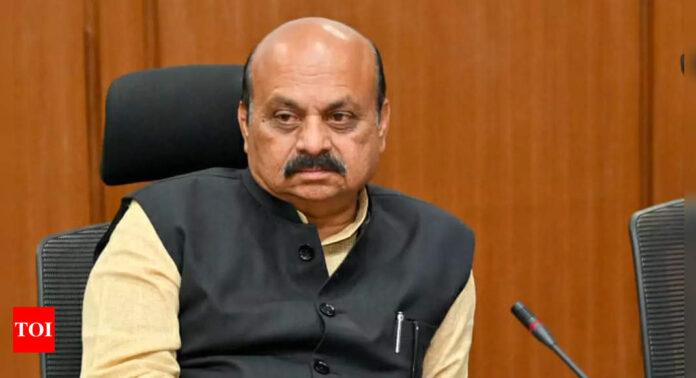 BENGALURU: Karnataka chief minister Basavaraj Basavaraj Bommai on Monday said that Bharatiya Janata Party (BJP) will win the upcoming state assembly election and come back to power in Karnataka based on governance.
Karnataka Legislative Assembly elections are scheduled to take place in the year 2023.
Talking to reporters after visiting a temple here on Monday, he said, “Today is the most sacred day in the Hindu religion and it has been the practice to have the darshan of Lord Venkateshwara.”
“As it is not possible to go to Tirupati, he came to Vyalikaval Venkateswara Temple of TTD and prayed for the welfare of the people. There will be a blessing from Lord Venkateswara in the current year. Venkateswara means development and prosperity. The state of Karnataka will witness unprecedented development in the new year,” Bommai said.
On being asked about Pradeep, an industrialist who committed suicide by making Mahadevapura BJP MLA Arvind Limbavali responsible for the extreme action, the CM said, “FIR has been filed. Law will take its course,” Bommai added.
On the health conditions of the Siddeshwara Seer, Bommai said, “the seer identified him but was unable to talk. Apart from this, all his body parameters are functioning normally. He recognised the voice of Prime Minister Narendra Modi who had called to enquire about his health condition.”
“I am in regular touch with the concerned and getting the health updates regularly. No need for panic. The seer has a special inner power with which we will win over the ill health and will remain with us for a long time,” Bommai stated.