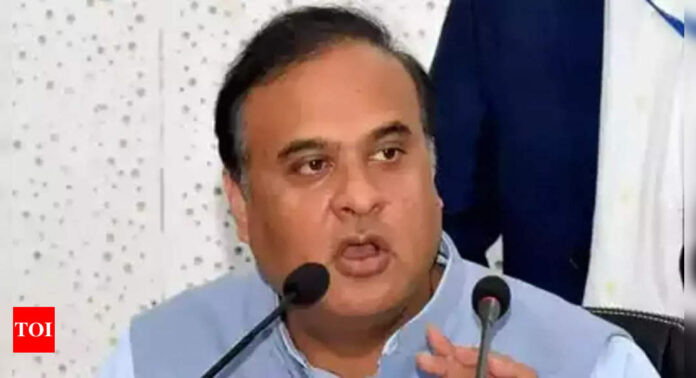 GUWAHATI: The Assam government merged on Saturday four districts — Biswanath, Hojai, Bajali and Tamulpur — with four others that were carved out in recent years. Chief minister Himanta Biswa Sarma said the decision was taken at a state cabinet meeting in New Delhi before the Election Commission’s ban on redrawing administrative units takes effect from January 1 in view of the delimitation exercise in the state.
A notification has been issued, but the CM said this is a “temporary” measure and the government may reconsider the decision after the delimitation process is completed.
“For the greater interest of Assam and for strengthening Jati-Mati-Bheti as well as the administrative strength, we have decided to remerge the four districts,” Sarma told reporters at Assam House in Delhi. “Biswanath district will be merged with Sonitpur, Hojai with Nagaon, Bajali with Barpeta and Tamulpur with Baksa,” he said. Assam had 35 districts until the merger.
Police districts will continue to exist in the four areas and the judicial set-up will also continue to function unhindered. “All other district offices, which have been created during the period, will continue to function as usual,” Sarma said.
“I am personally not happy, but the decision was not taken for personal or party gains. Such a harsh decision was unavoidable for the interest of the country, society and administration,” he said.
Members of the All Assam Students’ Union (Aasu) burnt copies of the cabinet decisions. State Congress chief Bhupen Borah said if the party forms government in Assam in 2026, one of the first cabinet decisions will be to revoke the decision to merge the four districts.