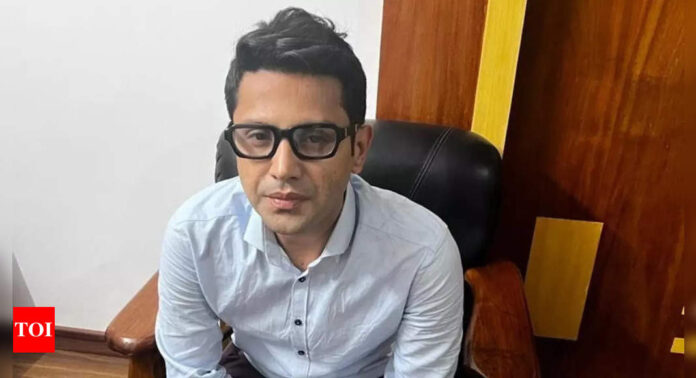 NEW DELHI: Shankar Mishra, who allegedly urinated on a 70-year-old co-passenger in the business class of an Air India flight from New York to Delhi on November 26 has been arrested by the Delhi Police from Bengaluru.
A team of Delhi Police officers brought him to Delhi on Saturday morning. He would be produced in the court by noon.
An official privy to the investigation said he was hiding at a homestay in Bengaluru from where he was arrested. The homestay falls under the jurisdiction of Sanjay Nagar police station.
Delhi police said they informed the police station after arresting him post midnight. A team of Delhi police officers had been camping in the city after his last location indicated his presence in Bengaluru. Another team was also sent to Mumbai to his permanent address which was found locked. This team had on Friday questioned Mishra’s father Shyam Mishra in Mumbai. Apart from this two other people from Shankar Mishra’s office in Mumbai were also questioned.
Delhi Police has also summoned the pilots of the flight who will appear before them on Saturday. Earlier cops had questioned four of the crew members.
On Wednesday, the Delhi Police had registered a case under IPC Sections 510 (misconduct in public by a drunken person), 509 (whoever intends to insult the modesty of any woman), 294 (sings, recites or utters any obscene song, ballad or words, in or near any public place), and 354 (whoever assaults or uses criminal force on any woman, intending to outrage the modesty), as well as Rule 23 of the Aircraft Rules Act, has been registered.