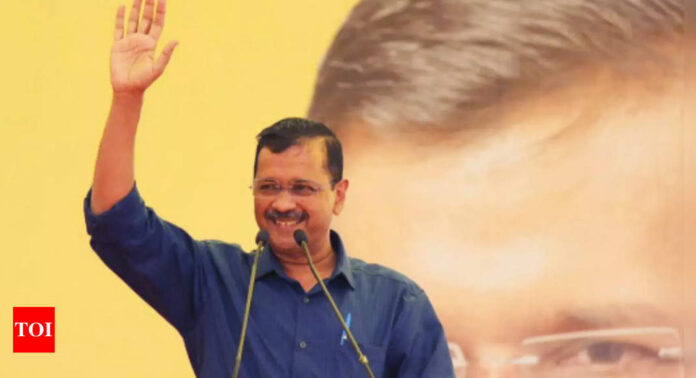 With its first victory in the Delhi civic polls, Aam Aadmi Party is now eyeing the Brihanmumbai Municipal Corporation, which is likely to go to polls in a few months. And Gopal Italia’s appointment as the party’s new joint in charge in Maharashtra is being seen as a significant step towards achieving its goal.
With its first victory in the municipal corporation of Delhi (MCD), the Aam Aadmi Party (AAP) is eyeing the Brihanmumbai Municipal Corporation (BMC), which is likely to go to polls in a few months. And, according to several senior AAP functionaries, the appointment of Gopal Italia, the party’s former Gujarat unit president, as the new joint in charge in Maharashtra is a significant step towards achieving its goal.
Italia was given the new assignment after the party went for a reshuffle in Gujarat earlier this week – making Isudan Gadhvi, its CM candidate in the recently-held state polls as the new Gujarat unit president. The party contested 181 out of 182 seats in the Gujarat polls held in December but managed to win only five, despite recording a vote share of around 13%. Notably, Italia and Gadhvi both lost in their respective constituencies.
Reshuffle in states by dissolving old units and creating new orders after losing polls is not new for the AAP. The idea, senior leaders said, is to rejuvenate the support base. It did so in Punjab too after the 2017 defeat in Assembly polls and it seems to have yielded positive outcomes five years later. But the Gujarat exercise is some sort of an attempt to hit two birds with the same stone, a senior Delhi-based AAP functionary told TOI.
Italia’s appointment as the joint in charge of Maharashtra came around two weeks after AAP’s Maharashtra unit leaders, who were in Delhi for its national council meeting, are learnt to have separately met Delhi’s deputy CM Manish Sisodia and Punjab’s finance minister Harpal Singh Cheema with regard to chalking out strategies for BMC polls. Italia’s name was suggested in that meeting, an AAP source said.
Thirty-three-year-old Italia is a clerk-turned-social worker who joined the AAP in 2020. He also played a key role in the 2015 Patidar reservation agitation which took Gujarat by storm and was considered a close lieutenant of Hardik Patel, who is now in the Bharatiya Janata Party (BJP) after a three-year stint with the Congress.
“Gopal Italia is known for his organisation-building skills and he can be immensely helpful to the existing team in Maharashtra not just for the BMC polls but also for the Maharashtra assembly polls in 2024,” said the Delhi-based AAP leader.
When contacted, Italia told TOI: “This will be my first assignment in Maharashtra. It is too early to comment on anything. I will need time to meet people there and understand the issues.”
While Italia confirmed that he is currently in Delhi, two of his colleagues further added that he is being briefed about the new role by Sandeep Pathak, a key aide of party chief Arvind Kejriwal, and a few others in the top brass.
As it prepares for BMC polls, AAP has already announced that it will implement schemes such as 200-unit free electricity per month for every household and free ride for women in state-run buses if it comes to power in the civic body — whose budget outlay, at Rs 45,000 crore, is thrice the size of the MCD’s.