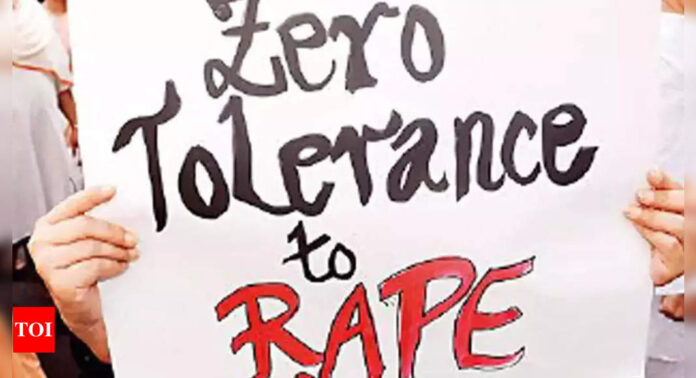 BHIWANDI: A three-year-old girl was sexually assaulted and murdered in Bhiwandi, second such incident in the area in the last three days.
Police found the girl’s body in an abandoned dangerous ground-plus-one chawl near her house on Wednesday morning. Zonal DCP Navnath Dhavale said they have formed five police teams to trace the unidentified accused.
Earlier, police had arrested a 26-year-old powerloom worker from Bhiwandi for allegedly raping and killing his three-year-old neighbour on Sunday.
Police said the deceased’s family had returned to their rented place in Bhiwandi after spending two months in their village in Uttar Pradesh. Her father works at a scrap shop, and mother at a bag-making unit. When her parents were at work, the girl and her two brothers – aged seven and five – stayed at home.
On Tuesday evening, when her parents returned home and found her missing, they started looking for her in the neighbourhood. When their efforts failed, they approached the local police station. Police immediately launched a search and found the girl’s body in the abandoned chawl the next morning. Police have sent her body for an autopsy at J J Hospital. Police said a preliminary probe indicates that the girl was sexually assaulted and strangled to death.
(The victim’s identity has not been revealed to protect her privacy as per Supreme Court directives on cases related to sexual assault)