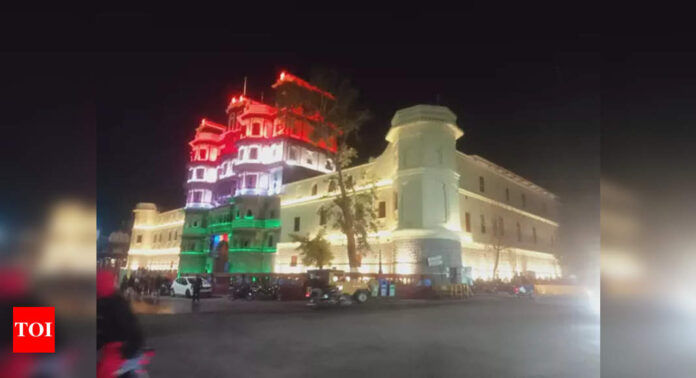 INDORE: The 17th edition of the ‘Pravasi Bharatiya Divas‘ convention will be held in Madhya Pradesh’s Indore city from Sunday under the theme ‘Diaspora: Reliable partners for India’s progress in Amrit Kaal‘, an official said.
More than 3,500 diaspora members from 70 countries will take part in the three-day convention, which is being organised in physical mode for the first time since 2019, he said.
The 16th edition of the Pravasi Bharatiya Divas (PBD) convention was held in virtual mode in 2021 due to the COVID-19 pandemic.
The Pravasi Bharatiya Divas is celebrated on January 9 to mark the arrival of Mahatma Gandhi in Mumbai from South Africa on that day in 1915.
Since 2015, the convention is being organised every two years to mark the contribution of overseas Indian community to the development of the nation.
The Centre is organising the 17th Pravasi Bharatiya Divas convention in partnership with the Madhya Pradesh government.
On Sunday, the inauguration of the Youth Pravasi Bharatiya Divas will be held in partnership with the Ministry of Youth affairs and Sports. Australia’s Member of Parliament Zaneta Mascarenhas will be the guest of honour on the occasion, officials said.
Prime Minister Narendra Modi will inaugurate the PBD convention on Monday. Cooperative Republic of Guyana President Dr Mohamed Irfaan Ali will be the chief guest and Republic of Suriname President Chandrikapersad Santokhi will be the special guest of honour, they said.
A commemorative postal stamp ‘Surakshit Jaayen, Prashikshit Jaayen’ will be released to underline the importance of safe, legal, orderly and skilled migration.
The Prime Minister will also inaugurate the first-ever digital PBD exhibition on the theme “Azadi Ka Amrit Mahotsav – Contribution of Diaspora in Indian Freedom Struggle” to highlight the contribution of the diaspora freedom fighters in India’s Independence, an official said.
In view of India’s ongoing Presidency of the G20, a special town hall will also be organised on Monday.
The G20, or Group of 20, is an intergovernmental forum of the world’s major developed and developing economies. It comprises Argentina, Australia, Brazil, Canada, China, France, Germany, India, Indonesia, Italy, Japan, South Korea, Mexico, Russia, Saudi Arabia, South Africa, Turkey, the UK, the US, and the European Union (EU).
On Tuesday, President Droupadi Murmu will confer the Pravasi Bharatiya Samman Awards 2023 and preside over the valedictory session.
The PBD convention will have five thematic plenary sessions.
Participants who started arriving here on Saturday said they were overwhelmed by the warm welcome accorded to them.
Raising the slogan “Bharat Mata Ki Jai“, Mukesh Gupta, who was among the guests from the United Arab Emirates, said around 600 Indian diaspora members from the Gulf country will attend the convention.
“We immediately felt at home with the welcome we received. We are very excited about the Pravasi Bharatiya Divas convention,” Gupta said.
Gurmeet Sachu, who reached here from Mauritius, got emotional on arrival and said, “I never thought I would get such a warm welcome.”